Would You Hate On This 1990 Chrysler TC By Maserati? 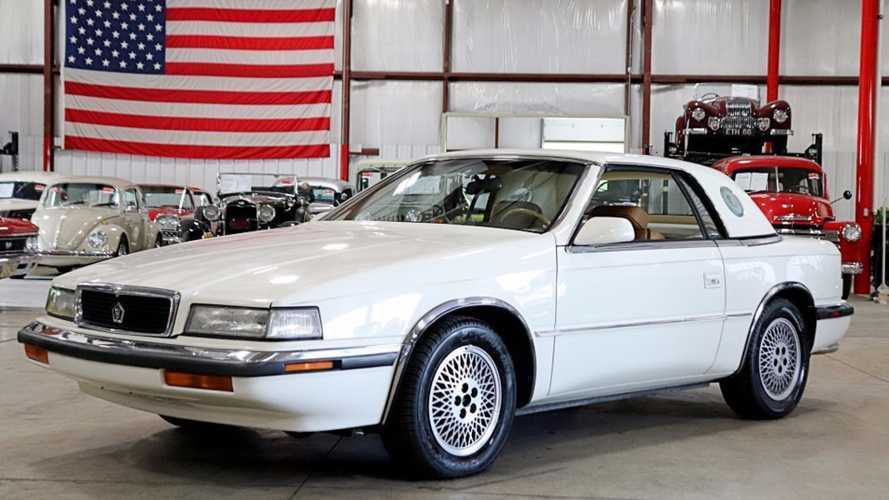 The Chrysler TC by Maserati endured a hard time with the motoring press when new. At $15k, would you be willing to give this V6 American-Italian hybrid a chance?

The original concept of combining Chrysler’s powertrain with a Maserati body was met by most automotive enthusiasts with dread. Some proclaimed it was ‘taking the worst from each partner’.

However, with cars from this era now floated by their own merits, we think this seldom-seen chunk of automotive history makes for quite the bargain at $15k, even if it might not be to everyone's taste. Check out this 1990 Chrysler TC by Maserati up for grabs with GR Auto Gallery.

As such with any lampooned luxury vehicle, sales were slow. In-house projections poised the TC for annual sales of 10k units, yet barely 7300 examples left the Italian production line over a three-year stretch. Poor trade was attributed to a high price tag ($33k in 1989; $35k in 1990; $37k in 1991), exclusivity problems (the TC was sold only by select Chrysler dealers), and a lack of spec-sheet options.

Further scorn was aimed at the undistinguished performance. Even in 200bhp form, courtesy of a 16-valve 2.2-litre Maserati engine cast in England by Cosworth and finished in Italy, owners had very little to praise.

However, that was three decades ago. With a platform based on a shortened Dodge Daytona chassis and retro cars now claiming dominance in the collector market, how does the Chrysler TC by Maserati hold up today?

As a slice of bouffant-styled nostalgia, the TC offers a rarity factor unrivalled by competitors of the period. With time’s onward march, an outright lack of speed and inferior design to its American brethren can ultimately be forgiven – for when it comes to the interesting stuff, the TC is king.

Where else can you find an American-market car that had bodywork produced by DeTomaso-subsidiary Innocenti, with specially designed struts and shock absorbers from Fitchel and Sachs,  a Cosworth-built Maserati engine, bespoke wheels crafted by Formula One supplier Fondmental, and Teves anti-lock brakes?

Yet, not all TCs came with the Maserati unit. If only American powerplants will do, you can easily acquire a Chrysler V6 example – such as the 1990 specimen we have here with GR Auto Gallery.

Only 172 TCs in Arctic White with a Ginger Italian leather cabin were produced for the 1990 model year, making this particular car something of a steal at $15k. It's in rude health, too.

Get a closer look here.