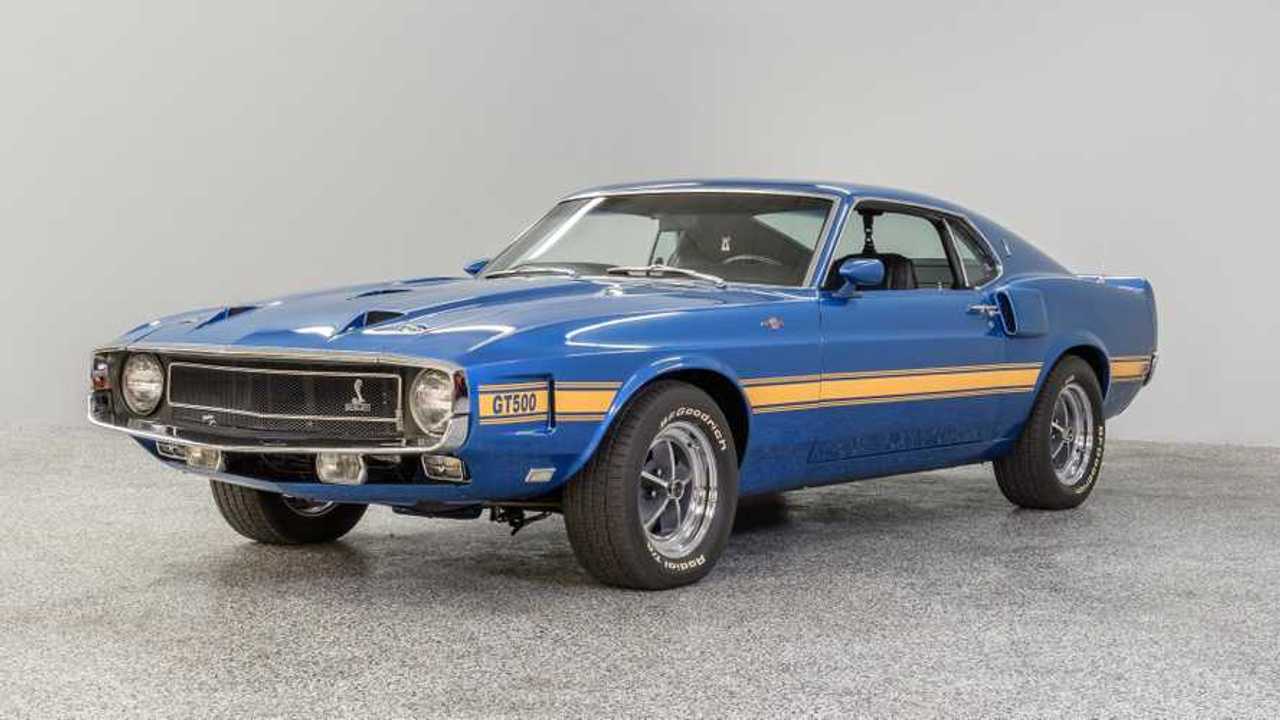 Kept by the same owner for 40 years, this blue and gold Shelby will turn heads

When Ford and Shelby come together, great things happen. The Cobra and GT40 were real poster children, but it was Shelby’s take on the Mustang that really put motorsport performance in the hands of the masses. This beautifully restored 1969 Mustang GT500 found in our classifieds brought power to the people.

Finished in a rarely seen combination of Acapulco Blue with a gold racing stripe running the car’s length, this GT500 presents a refreshing alternative to the traditional white and blue combinations. Being a ’69 car, this Shelby is base don the extensively ‘facelift’ Sportsroof Mustang of that year. Its added length gives it a sleeker appearance, while additional intakes and a deep grille enhance the Shelby’s visual performance credentials.

More on Shelby:
- Shelby Cobra Daytona Coupe Can Be Your Secret Weapon
- How The World’s Most Famous Shelby GT500 Was Born

This car has been meticulously restored to its original factory specification, something verified by a MartiAutoWorks report. Chassis STK 2601 has resided in a prized collection for the past 40 years, making this a rare opportunity to obtain this American beauty.

The refreshed interior features plenty of wood trim and plaques that denote this Mustang as being something special. Its sports seats are in perfect condition and look great trimmed in black and red. You won’t find rear seats in this Shelby for reasons of weight saving, but this does add plenty of cargo space to the classic muscle car.

Under the hood is a version of the famed FE engine known as the Cobra Jet. This 428 Ci motor is said to produce 335-horsepower, however, the advert reckons that this was understated back in period for insurance reasons. The powerunit connected to a C-6 Cruise-o-Matic automatic transmission is believed to be the original for the car. The engine was totally rebuilt in the 1980s when its current custodian first took ownership of this Shelby GT500.

While $119,995 is no small amount of money, this distinctive and perfectly restored Mustang stands out from the crowd.