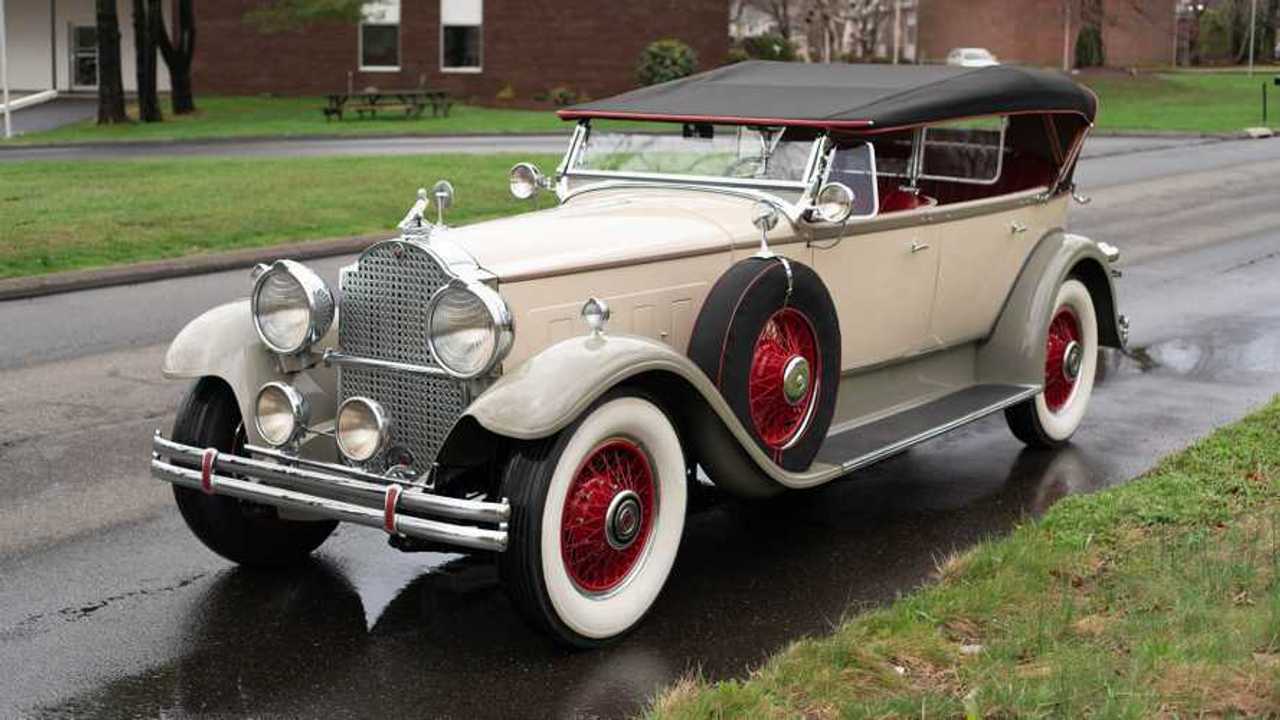 The Packard Motor Company produced its first automobile in Detroit, USA back in 1899. It went on to become one of America’s most prolific and forward-thinking manufacturers, with its cars champions of reliability in an era when the automobile was still developing.

This 1930 Packard 740 Super Eight Phaeton listed by Classic Cars Club of America is a prime example of why the marque’s slogan was ‘ask the man who owns one.’

Described as one of the finest automobiles of its time, the Packard Super Eight features a very reliable eight-cylinder engine. Said to deliver 105-horsepower in this guise, there was also a keen focus on engineering refinement into the car. The engine sits on rubber mounts to damp any vibration from the motor — an innovative solution for the time.

More on Packard:
- 1927 Packard Discovered In Abandoned Factory After Over 40 Years
- Elegant 1938 1607 V12 Convertible Coupe Is Mellow In Yellow

This beautiful cream Packard has a real sense of elegance to it with contrasting fenders and plentiful chrome. A pair of characterful headlights sit astride a large grille, crowned by a sunbathing lady hood ornament. A cosmetic refresh has seen the chrome work restored to its former glory, and attention given to its porcelain manifolds.

The interior has also benefited from the spruce-up, with new red leather upholstery and a fresh fabric top to shroud occupants. Its interior appears opulent and the craftsmanship very impressive. An interesting feature of the cabin is a second windshield behind the driver to shelter rear occupants when traveling at speed.

Its longtime Pennsylvanian owner restored it 20 years ago with the car receiving a mechanical overhaul. The description states that it runs very well and is ready to be driven to a show. In fact, the car is already an award winner, taking first in class at the Greenwich Concours d'Elegance in 2018.

The current asking price for this pristine show stopper is $185,000.