Hit The Track In This FIA Certified Porsche 914 Racer 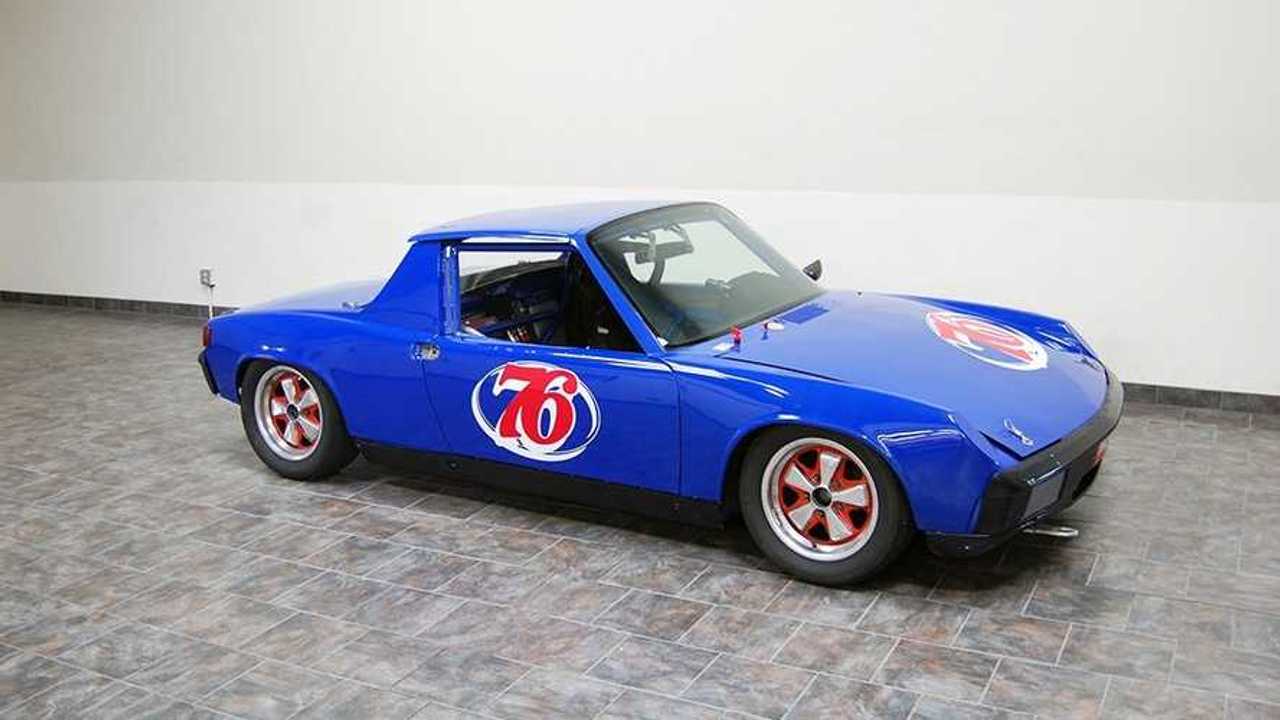 Ready to hit the track, this classic Porsche is already a proven race winner.

The Porsche 914 celebrates its 50th anniversary in 2019, but despite its enduring status, it’s still unfairly looked down upon for being a joint project with Volkswagen. This particular 914 might wipe the grin from the hater’s faces as it is a proven race winner.

Found in our classifieds listed by CPR Classics, the little blue Porsche represents a classic that has always fought for recognition. This 1973 914 has been extensively modified for motorsport by Wayne Baker at Personalized Autohaus, and hit the track in 2011. As well as the usual roll cage and racing safety paraphernalia, stiffer suspensios has been fitted, as has a fully adjustable sway bar.

The drivetrain consists of a 2.5-liter flat-six boxer engine producing 290hp, a Porsche 910 gearbox, and a limited slip differential. Said engine has enjoyed a $20,000 rebuild that went all the way down to rod bearings. A set of brakes from a Porsche 911 gives this little car considerable stopping power.

A 914 is a relatively light car as standard, but this example now features fibreglass doors, hood, roof, and deck lid to reduce its wet weight to just 1820lbs. This lightweight engineering boosts the overall power-to-weight ratio, but also increases the racer’s agility.

The car comes with an extensive racing history that includes a national championship victory in 2012, not to mention other wins and podium finishes. It’s also FIA certified until 2020 meaning that this well looked after 914 is ready to race from your first day of ownership. Speaking of the car’s care, receipts totalling over $250,000 shows how well maintained it has been.

The Porsche 914 began with the German marque agreeing upon a joint sports car project with Volkswagen. VW wanted a replacement for the Type 34 Karmann Ghia, while Porsche were looking to create a new entry-level model — the solution benefited both manufacturers. The first Porsche 914 came off the production line in 1969.

Price is on appointment for this car, but we wouldn’t expect this little racer to hang around for long.