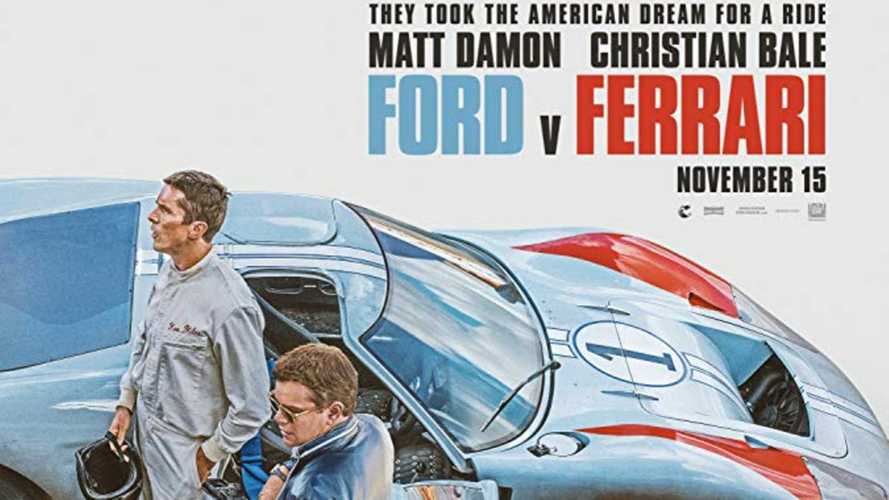 The world of cinema has been treated to some great biopics of late, with Bohemian Rhapsody and Rocketman becoming box-office hits to name just two. For those that might appreciate the symphony of high-performance engines to rock music, then Ford v. Ferrari will be your must-watch movie of 2019.

It seems long overdue that this climatic story was told on the big screen, so mark 15 November on your calendar. Matt Damon and Christian Bale take the lead roles of Carroll Shelby and Ken Miles respectively to tell the story of how Ford beat Ferrari at their own game at the Le Mans 24 Hour race in 1966. Other automotive legends such as Lee Iacocca, played by Jon Bernthal, will also feature in the biopic.

More on the Ford GT
- Jay Leno Learns The Secrets Of His 2005 Ford GT
- Ford GT Once Owned By John Cena Listed For Sale... Again

The first full trailer for the movie has just hit the internet, and it’s fair to say that we’re pretty excited. Some might expect the story to revolve around Henry Ford II and Enzo Ferrari, with the motorsport battle being the result of Ford’s snubbed acquisition of Ferrari, but instead, it focuses on the men who made it happen. And rightfully so, too.

After Ferrari somewhat embarrassed Ford by killing an acquisition at the last moment, Ford decided to get even by building a car to beat Ferrari on track. Many said it couldn’t be done — this was mainstream Ford taking on the prestige of Ferrari after all — but with the help of Carroll Shelby and Ken Miles, the Ford GT40 was born.

The late Carroll Shelby was, and still is, an automotive legend, responsible for the success of Shelby-American and the creation of his mighty Cobra. Ford put him in charge of the GT40 project, and with the help of test driver/engineer Ken Miles, a Ferrari killer was born.

This action-packed trailer highlights James Mangold’s directorial style of rich storytelling seen in previous works such as 2017’s Logan. Tom Cruise and Brad Pitt were set to star in this movie, but after various changes of direction, Damon and Bale filled the void. From the trailer, that appears to be a situation that has worked out for the best.

We can’t wait to see more snippets of Ford v Ferrari in the build-up to the movie’s release. Bring it on!

Find out more about Ferrari through FerrariChat.