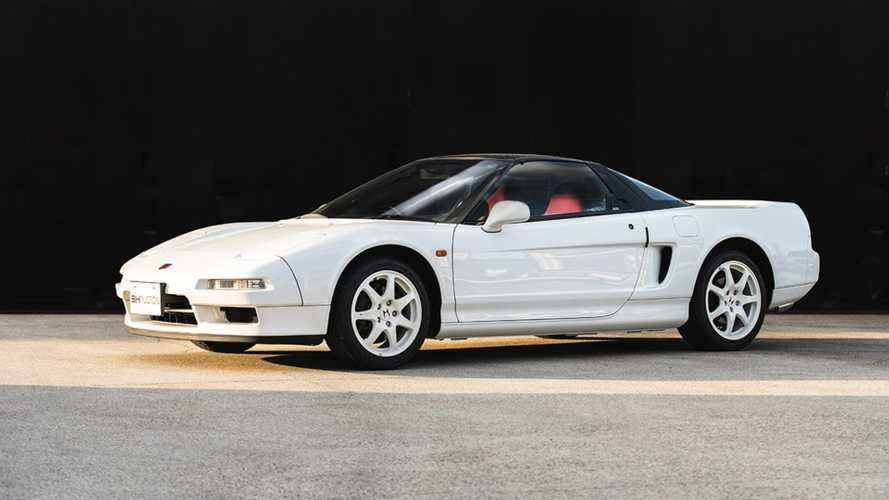 These Japanese unicorns are set to go under the hammer this week, both with exceptionally low mileage

The Honda NSX is one of those universally loved cars, a machine that earned its reputation by taking on Ferrari. Honda used all of its engineering talents to create a truly incredible car, however, they didn’t stop there.

More on the Honda NSX:
- 30 Years of NSX: Proof That Blood Is Thicker Than Water
- F1 Champ Button's Old Honda NSX Has Racked Up Crazy

A more track-focused NSX was created to really hammer the point home that Honda didn’t just build economy cars. A pair of these rare Japanese supercars are going under the hammer with BH Auctions.

The NSX Type R was the pioneer of what would become a whole Type R line of vehicles. In 1992, the NSX-R was born as a lightweight variant of the V6 car that removed plenty of sound deadening, the sound system, air-conditioning, and even the spare tire.

Forged aluminium Enkei wheels were fitted along with exotic carbon-kevlar seats contributing to a total weight saving of 120kg. Electronic systems such as traction control were also cut out of this hardcore NSX, and the suspension enhanced.

The second NSX up for grabs is the even rarer ‘facelift’ model that was based on an extensively revised platform. Just 140 of these variants were built, lacking its original pop-up headlights, but gaining the larger 3.2-litre V6 introduced across the range.

Carbonfiber was used extensively to reduce the supercar’s weight, something that helped it achieve a Nurburgring lap time faster than that of the Ferrari 360 Challenge Stradale.

Both of these cars were produced for the Japanese domestic market, with many finding their way into rarified collections abroad. The 1995 NSX-R is tantalisingly close to being 25 years-old and freely imported into America. You’ll have to wait a little longer for the more potent 2005 model to reach the same threshold.

These two Japanese unicorns go under the hammer in Tokyo on 6 June 2019. We’re jealous of their new custodians already.