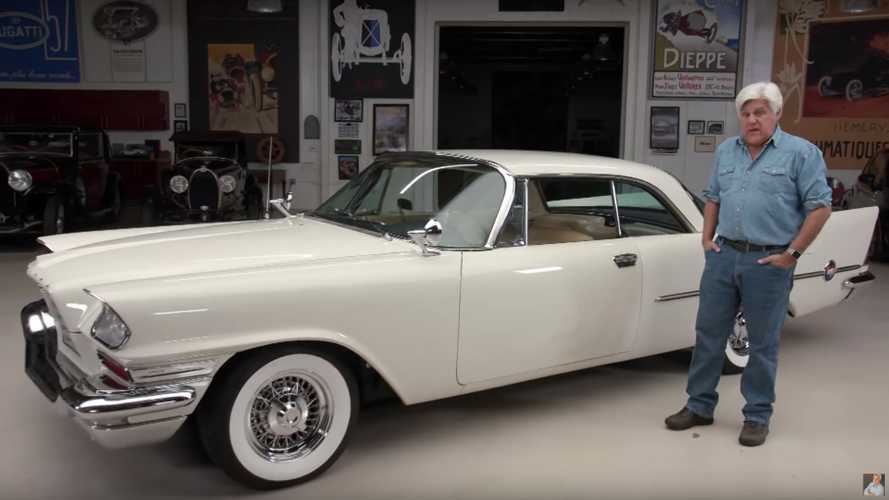 Just 21 of these 300Ds were produced during 1958. This car has just been restored to its former glory.

Jay Leno’s Garage is full of exciting, exotic, and very rare machinery on any given day, however, many were recently outdone by a visiting Chrysler. The car in question is far rarer than Jay’s McLaren F1, special Corvettes, or Mercedes-Benz 300SL. Just 21 Chrysler 300Ds were given fuel injection.

The fuel injected motor variant of the popular 300D wasn’t very successful and was only produced for one year. It’s owned by Per Blixt who actually works at Jay Leno’s garage restoring cars, but this was his own out of hours project. It had all of the right serial numbers, but the car was something of a rusty hulk when it arrived. This was first ever model with electronic fuel injection, and so it had to be saved.

More on American cars:
- The Ford Starliner Was Built for 1 Year Only
- A 1987 Buick Regal GNX This Clean Is An Extremely Rare Find

When new, the injection system proved troublesome, so much so that this example was converted back to a carburetor. The extensive restoration took a very long time, but it was decided to make the switch to modern fuel injectors to get the car working as intended. Also, modern computer diagnostics can now be used on the 392 cubic inch HEMI engine.

The restored bodywork looks fantastic, sporting design language that made the vehicles of 1950s America so recognizable. Its unblemished white paintwork was done by Per himself, who has done an incredible job to create what appears to be a concours quality finish.

This restored 300D’s interior is also pretty special, looking as immaculate as it did back in the late 1950s. A fascinating option on this Chrysler is the wheel-mounted clock that winds itself as the wheel moves. Per has added a modern speaker system to the car, but the cabin otherwise remains true to its original specification.

Jay hits the road in the Chrysler and finds that the modern fuel injection has made a big difference to performance. ‘It goes good’ he exclaims with that glorious HEMI roaring in the background. The automatic transmission is a point of contention, but if you love your classic American car chat, you’ll love hearing Per reminisce.