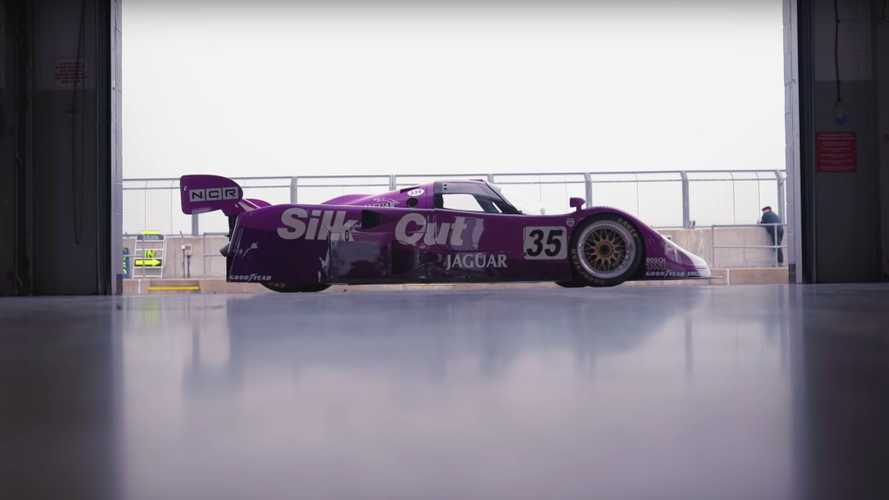 Martin Brundle saw great success in the Jaguar XJR-12. Now watch as he gets back behind the wheel at Silverstone

Martin Brundle is best known today for his punditry of Formula 1, however, back in his heyday he was a very talented racing driver. The Brit worked his way up and into Formula 1 itself, but saw great success in other categories such as endurance racing. 29 years on from winning the 24 Hour of Le Mans, he’s back in the driver’s seat of the iconic Jaguar XJR-12. This Motor Sport video documented the day.

Brundle had actually piloted a Jaguar XJR to great success in 1988, becoming the World Sports Car Champion of that year. The extreme machine was honed over the following years and won the prestigious French endurance race two years later at the hands of Brundle, Price Cobb, and John Nielsen.

Exiting the garage at the Silverstone F1 track in the UK, Brundle was clearly pleased to be reunited with his highly successful car. He relished how linear the naturally aspirated V12 engine still is, and its abundance of torque. Just listen to this car sing as the racer rows through that manual gearbox! Brundle isn’t dawdling, but really stretching the historic car’s legs.

Martin also shares some rather scary insights into how badly things could go wrong in this bespoke racing car. ‘If the revs are down that means you’ve got a puncture, because the tyre starts to grow. It grows, and grows, and grows as it gets hotter, and it goes bang! It takes the right rear corner, brakes, and aerodynamics with it. So now you’re on three wheels doing 230mph.’

Another big talking point of this great little video is that Martin’s son also takes the Jaguar for a spin. Alex Brundle followed in his father’s footsteps and became a racing driver, now competing in the World Endurance Championship. Alex exclaimed ‘The stability is just insane!’ and also went on on the praise the high levels of torque characteristic of a large V12.

Clearly, the 30-year-old car is still capable of impressing the latest generation of racing drivers.