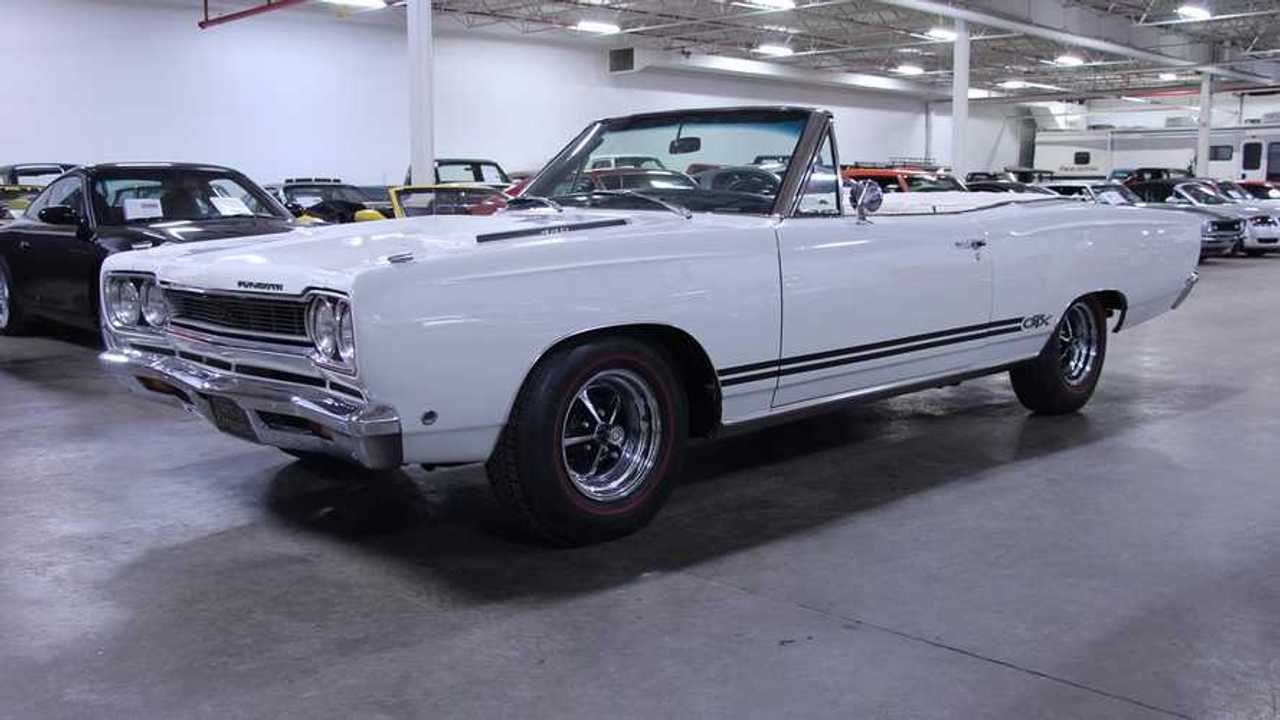 Searching for a classic muscle car with a bit more luxury? Look no further than this 1968 Plymouth GTX 440 Convertible!

This highly collectable 1968 Plymouth GTX 440 is one of 881 convertible variants officially manufactured by the factory. Oozing a sense of cool totally lost on drivers of modern day techno boxes, this GTX is in excellent condition with its original drivetrain still intact.

More Plymouths!
Outrun Wile E Coyote in this 390hp Plymouth Road Runner
Check Out This 1954 Plymouth Savoy That Was Sold By GAA

Offered for sale by Garage Kept Motors with a price tag of little under $75k, the vehicle comes fresh from The John Staluppi Cars of Dreams Museum in Palm Beach, Florida – arguably the finest collection of American cars in the world.

Rolling out the Plymouth plant 51 years ago, wearing a shade of Sable White (Code W) with a matching white soft top over white interior trim, this GTX 440 is powered by the original 440cid V8 unit churning out 375bhp. Those horses flow through a console shifted 3-speed automatic transmission, supplying all the grunt you could need for an ice-cool image.

Although nowhere near as quick as its contemporary stablemates, the GTX holds far more class than a modern muscle car. While the Plymouth marque may have died on June 28, 2001, its GTX mantra remains revered in collector car circles; that of 'The Gentleman’s Muscle Car'.

While the GTX had plenty of power on tap upon putting the foot down, it traded the neck-breaking traits of its peers for refined touches – such as power windows, a power convertible top, and air conditioning. All of which still functions as they should with the example from Garage Kept Motors.

This factory Triple White GTX with the “Super Commando” 440 is the real deal - a corrosion-free example worthy of any collection! As a final bonus, Hagerty values the GTX 440 at $87,600. So there's $12k saved already...

Get a closer look at this 1968 PlymouthGTX 440 Convertible with Garage Kept Motors here.