We've Just Fallen In Love With This 1967 Mini Cooper S! 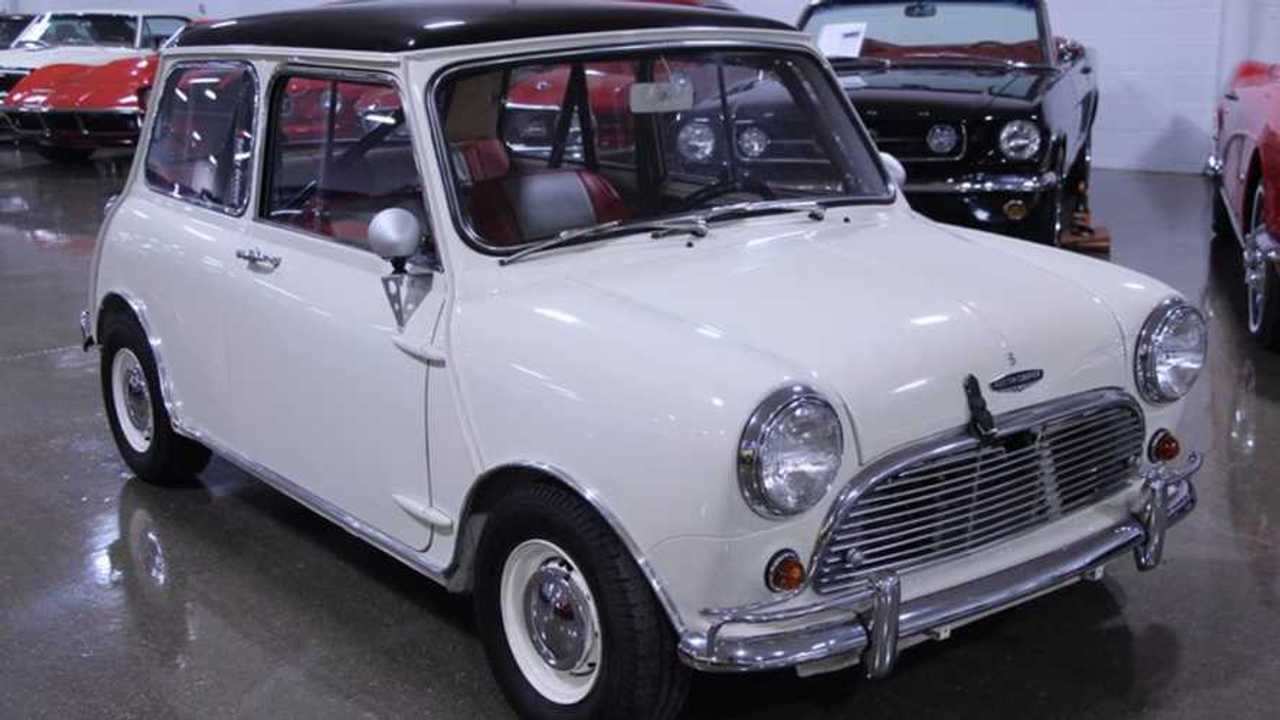 As far as car love affairs go, we are totally head over heels for the 1967 Mini Cooper S currently for sale with Garage Kept Motors.

We love the classic Mini here at Motorious. Nothing else offers such intricate handling, history, and styling on such a scale.

The British automotive icon may not have been sold in the U.S for all that long, but the humble design and rally pedigree drew no end of celebrity fans. From the Beatles to Steve McQueen, you weren’t a true gearhead until you’d owned a Mini. Bonus points if it was a genuine Cooper S.

More Mini Content!
Cheap classic Minis – should you do it?
How To Buy The Perfect Classic Mini

As such, we can’t help but lust after this very early 1967 Cooper S with all the trimmings. Finished in its original color combination of Old English White (with a black roof over red and gold interior), although the Mini may remain small in stature, it’ll have a big presence in your garage or collection.

Originally dispatched from the factory on January 20, 1967, to Mann Egerton & Company LTD of Norwich, England, factory options on this Mini included a heater, twin fuel tanks and an oil cooler. All of these aspects have been retained when undergoing a recent restoration, with every detail given due care and finesse.

Now up for sale with Garage Kept Motors for just shy of $57k, we wouldn’t hang around should you be interested. With the Mini celebrating 60 years since launch, and Hollywood marking 50 years of The Italian Job, classic Mini Cooper S prices are set for an outright value injection. Especially with immaculate examples such as this one. The interior, engine, and exterior are just gorgeous.

There’s a tower of receipts that showcases all the new parts, too, of which many were shipped from the United Kingdom. Certain components were used to tastefully modify the Cooper S both visually and mechanically. However, if you are of the purist persuasion, all of these ‘modifications’ can be reversed to provide a factory standard car.

Cabin additions include the fitment of a removable Safety Devices roll bar, LeCarra steering wheel, Smiths tachometer, and bucket seats. In addition to the mindful interior and exterior modifications, the original 1275cc engine and transmission were rebuilt to the highest possible standard.

Some of the notable engine bay components are new A and E pistons, leaded valve seats, new valves, ARP bolts, and Longman GT7 SPVP3 Camshaft.  Also, a radiator with “tropical fan” was added to prevent the Mini from overheating in humid driving conditions. The dynamo generator was replaced with an alternator, and an Odyssey battery was installed.

Besides offering the best driving experience any small car can muster, and all-round concours condition, the Mini also comes with a number of boxes of spare parts. A new front bumper, steering wheel, and right-hand drive components are all included in the sale.

Get a closer look at the charming 1967 Mini Cooper S here with Garage Kept Motors. We can promise that your heart will melt upon seeing the British collector car in person.