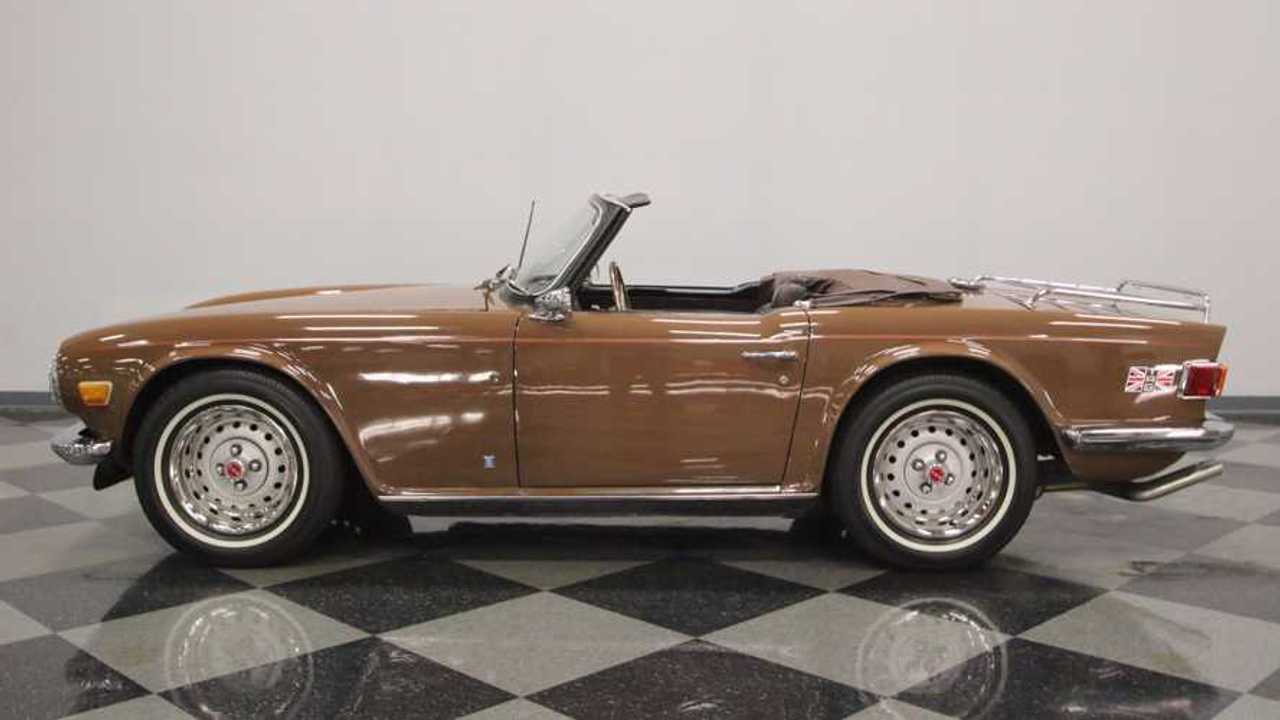 This fully restored Triumph TR6 is currently up for grabs with a price tag of $20k. We think that's quite a bargain!

Triumph's TR6 represents the pinnacle of classic British open-top roadsters. Once the weapon of choice for those donning tweed jackets and a blazer, the throaty sports car remains highly prized in the right specification by enthusiastic collectors.

Cruising along with a burly six-cylinder powerplant, even the most mundane of in-town speeds pulsates with adrenaline when behind the wheel of Triumph's ultimate creation. A sensation that all TR6 owners will attest to.

It's not just British collectors who revel in the charms of the TR6, either. Of the 94,619 examples produced by parent company British Leyland, only 8,370 remained on Albion soil. More than 83,000 specimens were exported, with the majority sold through dealers in the North American market. The yanks lapped them up.

Although far from rare even after time's ferocious onward march, classic car aficionados look beyond the model's surviving numbers when bestowing the Triumph with value. Quite simply, there is little else out there offering this much fun and heritage for under $20k. Even a restored car can be had for this money.

This 1973 example is the perfect case in point. Beautifully renovated and painted in an oh-so-1970s shade of Maple Brown, the vehicle's styling is only enhanced by such a retro color. We'd dare to say that the roadster boasts of a mature and sophisticated look, albeit laced with a tinge of muscle; like Terry-Thomas when armed with a revolver.

The TR6 may not scream of outright power on paper, but the car's low-slung stance and compact, open-top interior intensifies all feeling of pace. The burbling exhaust note certainly helps proceedings along. Although, this ability to transform any journey into a hairy-chested roadtrip did bring one severe downside.

Since these were relatively inexpensive cars even when new, they often suffered from lack of maintenance at the hands of students and others who didn't care much for mechanical sympathy. However, even before a thorough restoration, this one appeared to have spent its life in a dry climate as the tub and floors were in excellent condition.

We rarely see TR6s this nice. The large rubber overriders on the bumpers have been removed, which really cleans up the front end, while the luggage rack out back manages to craft a sporty look while allowing passengers to bring that extra bag. The chrome is in excellent condition thanks to a trip to the plating shop when the body was being painted.

While the TR6 is a small car when compared to the automotive beasts created stateside, its potential to offer an ear-to-ear grin while on the road is second to none. Get a closer look at this $20k 1973 Triumph TR6 here.