This 1994 Toyota Has Been Turned Into Thunderbird 2 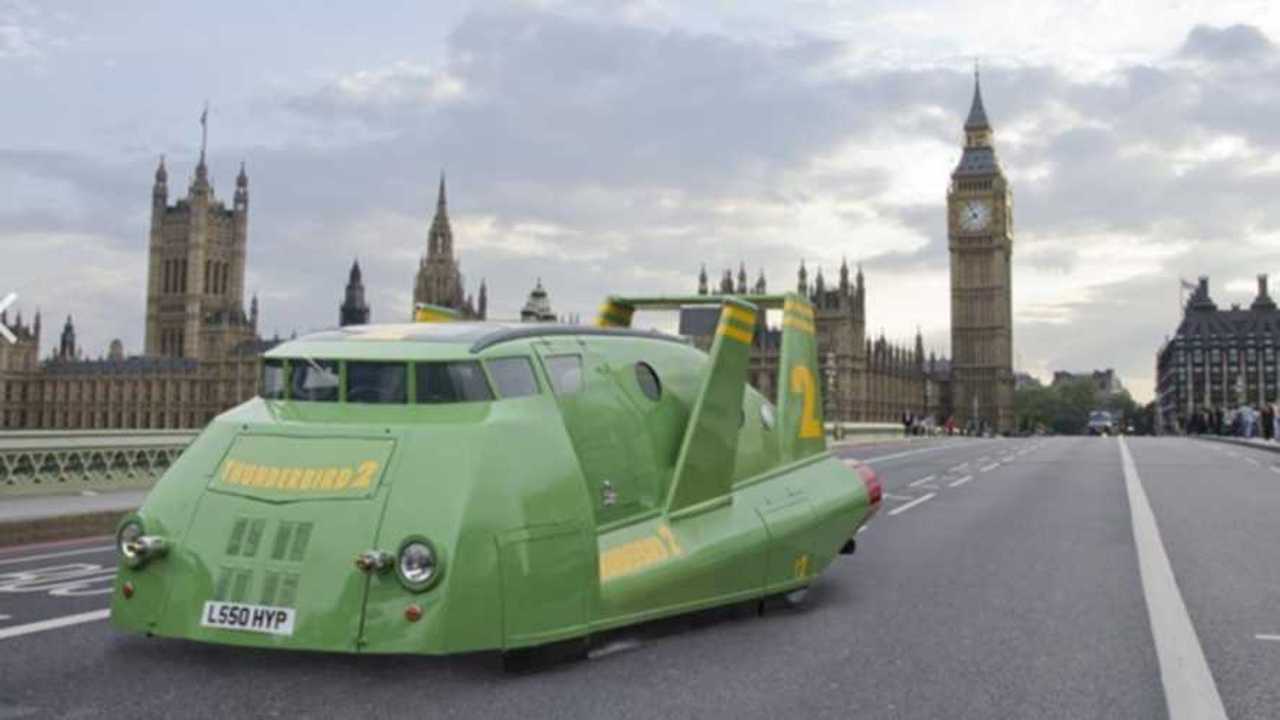 Are you seeking the ultimate head turner? Forget Ferrari’s Testarossa or the purchase of a Porsche 911. You need Thunderbird 2 – International Rescue’s heavy equipment transporter.

More Custom Creations!
Would You Take The Batmobile To The Grocery Store?
This Is The Meanest Custom Ford Mustang You'll See Today

Measuring in at 60 feet high and 250 feet in length, boasting of an installed overhead missile launcher and four observation cameras, the 5000mph TV icon would make the perfect addition to any collector’s garage.

Except, Thunderbird 2 sadly doesn’t exist. However, what is available is this promotional vehicle built by a bodywork fabrication specialist. And what sexy vehicle is the Thunderbird 2 replica crafted from? Under the custom panels and bespoke paintwork lurks a 1994 Toyota Previa. Hot stuff.

While the fictional Thunderbird 2 was powered by an atomic fusion reactor and, therefore, offered an unlimited range and a cruising speed of 2000mph (alongside a top speed some 3000mph more), the real-life equivalent churns out 133bhp through a 2438cc petrol engine paired with an automatic transmission.

Top speed is 108mph – meaning that almost every situation requesting International Rescue will have spiralled out of control with an astronomical death rate by the time you get there.

The national speed limit for a factory standard version will take 13.2 seconds to reach, but we aren’t sure how the modifications affect acceleration. Yet, power doesn’t really matter, for in your head you’ll be six years old again. And that transformation is priceless.

Specification within the cabin includes Green seats with yellow ‘2’ motifs, a colour-coordinated dash, and a Thunderbirds bed in the rear cabin with a roof mounted DVD system so you can watch your favourite episode. Just avoid the 2004 Hollywood remake, as that is less F.A.B and more C.R.A.P.

Further design features include port hole side windows, a rearview camera, an incorporated sound system, and all the crowd-drawing abilities you could possibly need.

The best part? Unlike so many other promotional vehicles, this one runs and drives with fully operational lights and washers/wipers. As far as we are aware, it’s fully road legal (in the UK, at least).

As the only one in the world, if you dare to be different, then this is the perfect vehicle for you. As a school run wagon, nothing comes close. Taking your children to school in Thunderbird 2 will make you the coolest parent of all time.

So, how much for this totally unique Thunderbird 2 creation? The vehicle is up for sale at £35k ($45k), or the nearest offer. Get a closer look here.