This Is The Oldest Surviving Bentley In The World 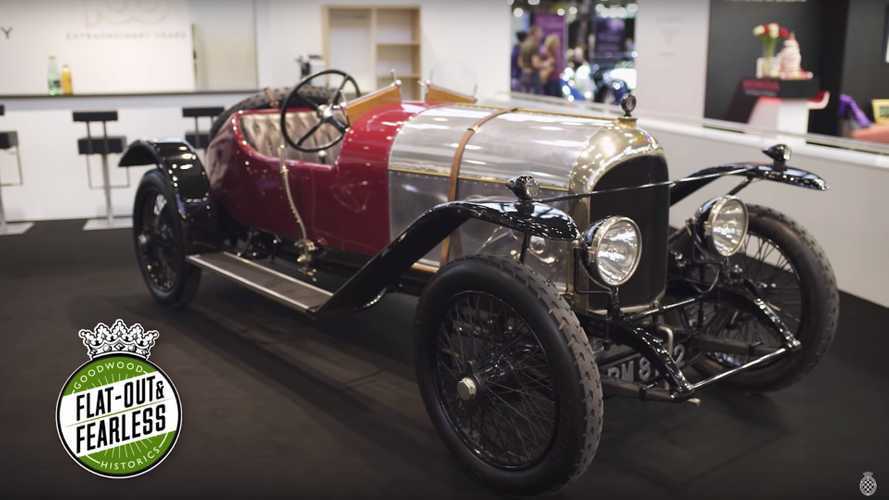 The Bentley EXP2 was built in 1919 and is the oldest Bentley still in existence.

Bentley have a wonderfully rich history built on motorsport and fine engineering. In 2019 the British marque celebrates its 100th anniversary, something it did by announcing a very special Bentley Continental GT, and will continue to do in various ways throughout the year. The latest video from Goodwood Road & Racing stars the Bentley EXP2, the oldest surviving Bentley in the world.

This Bentley EXP2 was built in 1919 and was an extremely advanced machine for its era. Its bodywork used aluminium to reduce weight, four valves per cylinder, twin spark plugs, and features twin magnetos. Such innovation lead this vehicle to become the very first Bentley to win a race, and go on to claim a total of 11 victories and seven second places.

Performance was state of the art with a top speed of 79mph making it one of the fastest cars in the world. It’s 175bhp output might not sound impressive in 2019, but a weight of just 680kg begins to reveal a strong power-to-weight ratio for the early 1920s. The EXP2’s reliability and durability were also impressive for a time when horses were still proving more reliable than the motorcar.

The Bentley was re-bodied in 1921, and today is on its third engine – something that was quite common for a vehicle of this period. It was first powered by a 3-liter unit, then a 3-liter TT engine, before eventually receiving production engine number 144 in 1921.

W. O. Bentley founded Bentley Motors Limited in 1919 and displayed the first chassis at the London Motor Show. His vehicles became well known for their ability to endure gruelling motorsport events. They became a familiar sight on the new purpose-built racetrack at Brooklands in England. From its motorsport efforts, the legendary Bentley Boys came into being.

It is incredible to see such an iconic piece of Bentley history on display, and that it is preserved in such an original state.