Did You Know Abut The Honda S2000's Hidden Compartment? 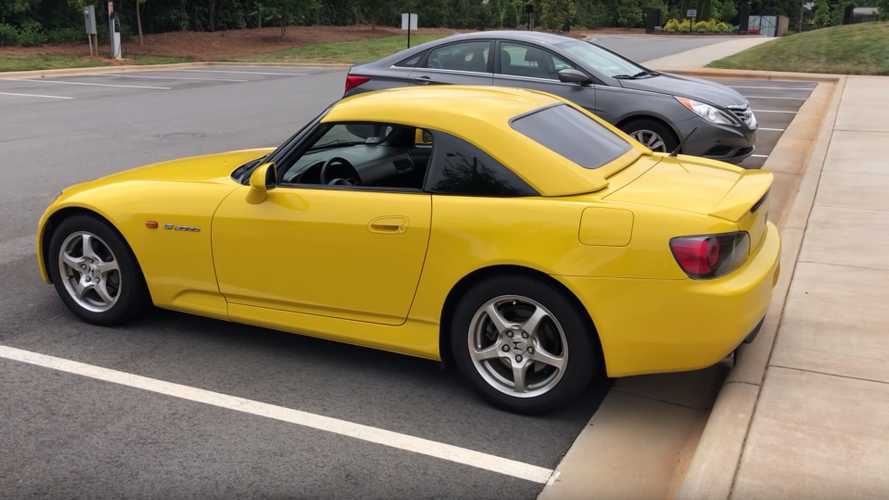 The S200 isn't the most practical car, but this hidden cubby space will certainly help.

The Honda S2000 celebrates its 20th anniversary in 2019, and collectors of modern classics are already starting to horde the very best examples of this VTEC sports car. Its bulletproof reliability, intoxicating redline, and entertaining chassis makes it a popular car amongst enthusiasts. You’d think by now that we knew all there is to know about this Japanese drop top, but apparently not…

This might sound dull to most, but to car serious geeks this little nugget of information is perfect trivia. The YouTube channel Quick How To has released a helpful video showing where the trunk and gas cap release are on the S2000 for new owners, but also stumbled upon a hidden compartment in the process.

Space is at a premium in the S2000’s cabin with just a central storage bin for various miscellanea, or so we thought. It turns out that opening that compartment also allows you to flip open an upper section of trim previously thought nailed down. It reveals a surprisingly deep vertical storage bin that looks to be even more practical than the first. We’re quite familiar with the Honda S2000, but had no idea that this hidden cubby even existed.

The S2000 served as a 50th birthday gift from Honda to its fans. It harks back to the marque’s S-series sports car models of the 1960s that foreshadowed the engineering talent Honda would become. The quietly-styled S2000 featured 50:50 weight distribution, a now legendary 2.0-liter VTEC engine capable of screaming to 9,000rpm, and the longevity associated with the Japanese marque.

Another great piece of Honda S2000 trivia that you may wish to deploy amongst friends relates to the extreme engineering that went into creating its 9,000rpm engine. If you extrapolate the peak piston speed of this motor at its stratospheric redline — some 25 meters per second — you’ll find it to be greater than F1 cars of the era. Considering that this is an everyday road car, that is mighty impressive.