The Mondial Is The Cheapest Way Into Classic Ferrari Ownership 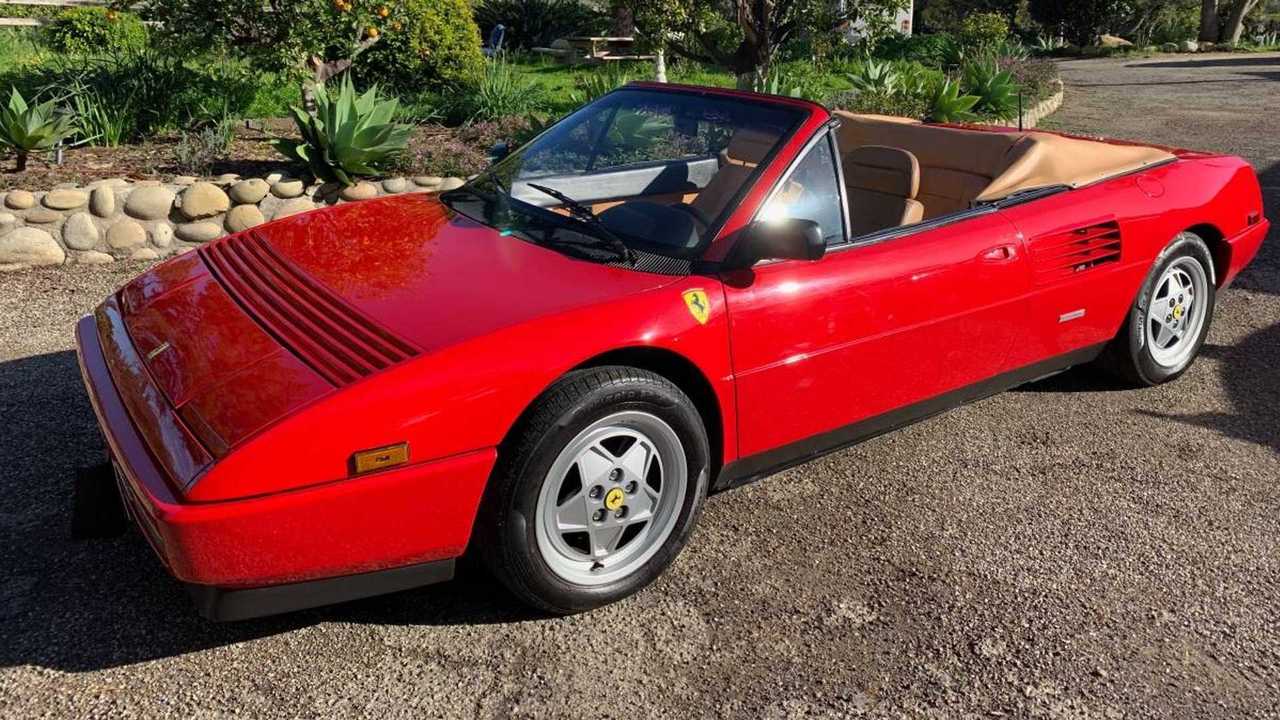 While the Mondial is often unloved, it does make it a bargain classic Ferrari.

The Ferrari Mondial is not the Prancing Horse’s finest moment, with its 2+2 ‘supercar’ proving to be underpowered and overweight when matched with its contemporaries. It’s this period reputation that actually makes them a good value proposition when it comes to classic Ferrari ownership. Maybe it’s time to give the Mondial a second chance?

This 1990 Ferrari Mondial T Cabriolet with just 26,300 miles looks to be in excellent external condition, sporting the traditional Rosso Corsa bodywork and caramel leather combination. Said to be highly original, its wedged profile sports distinctive creases and prominent air intakes on each side. This later Mondial T features a few revisions that certainly give it a more resolved appearance over early cars.

To this day, the Ferrari Mondial T is the very last 2+2 mid-engined Ferrari, a concept which is very difficult to package with everything in the middle of the car. It does feature rear seats, but space is at a premium. That aside, the cabin is well appointed with much of the joyous Ferrari paraphernalia that we often miss in modern offerings — namely that beautiful open-gated manual transmission.

Drop the top of this convertible Ferrari for all 2+(whatever/whoever you can fit in the rear seats) passengers to enjoy the sunshine. With the roof down you’ll also hear its 3.4-liter quad-cam V8 uninterrupted via an aftermarket exhaust system reported to have cost $5000. Its 300-horsepower output might not grant much in the way of speed, but it is the real deal — a genuine Ferrari.

In 2016 the Ferrari received a total engine-out service at the cost of $7000. This and its clean California title should make it of keen interest to those seeking a solid classic Ferrari. It is also one of just 370 Mondial T Cabriolets to enter America.

At $44,000 it is a relative bargain in comparison to other classic Ferraris. If you want to join this elite club, this Cabriolet looks to be a good place to start.