This Shelby Cobra Continuation Is A Living Legend 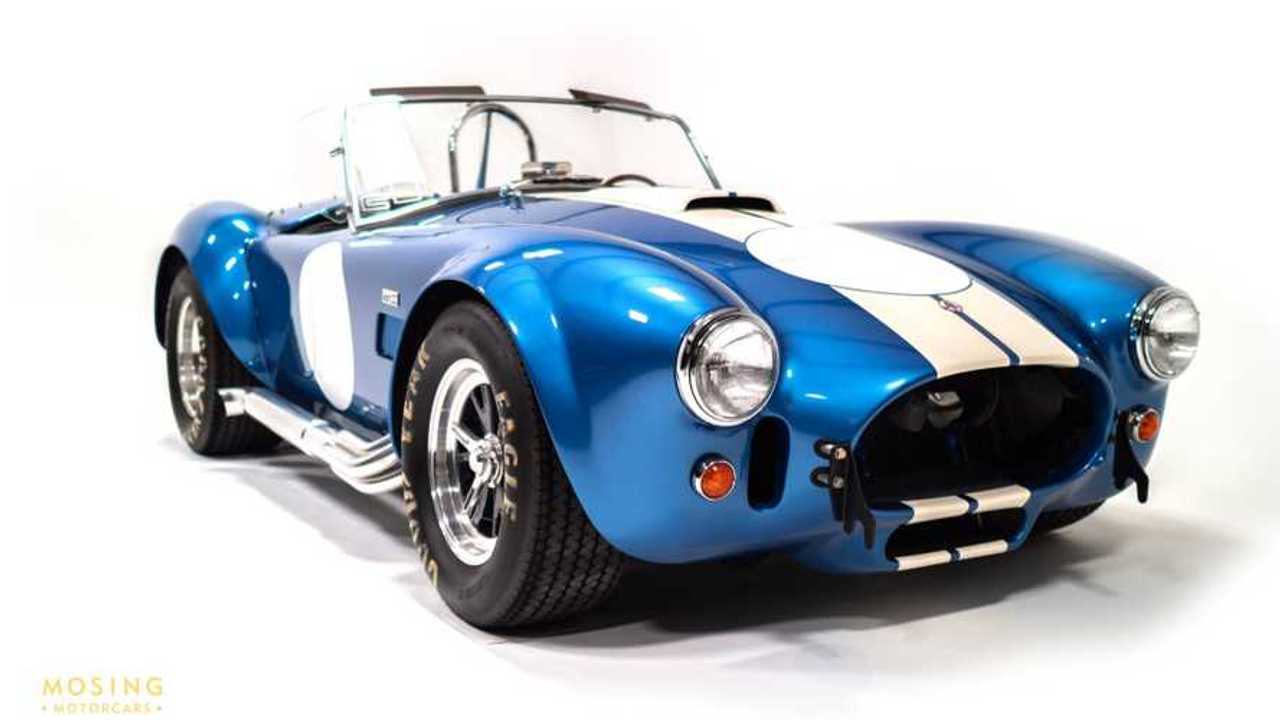 With just 430 miles covered from new, this continuation Cobra is a gem.

When the ingredients of Carol Shelby, Ford, and AC’s Ace sports car came together, they took the world of motorsport by storm. The Shelby Cobra combined a lightweight machine with a potent motor to create a car that could contend with the best Europe had to offer. Today. Cobra’s are automotive icons, and tough to get your hands on. This CSX serial numbered continuation model offered by Mosing Motorcars is every inch the legend.

Looking incredibly handsome in Guardsmen Blue with traditional Wimbledon White striping, this Cobra immediately appeals to those with high-octane fuel running through their veins. Its curvaceous British bodywork is detailed with muscular American traits such as flared wheel arches and a huge side exit exhaust pipe. Complete with stainless steel rollover hoop, this Shelby appears as race ready as it did back in the 1960s.

It comes with all of the neat details you’d want, including; leather upholstery, Shelby signature series gauges, a wooden steering wheel, and those iconic branded tires. But the really impressive bit sits beneath its fiberglass bodywork.

The Shelby continuation models were actually sold as a rolling chassis, but this example has been blessed with an actual aluminum Shelby 427 FE 468 V8. That means this little sports car packs a 550-horsepower punch! A five-speed Tremec TKO600 manual transmission channels that power to the rear wheels for a pure experience behind the wheel. We’re willing to bet that it sounds incredible, too!

The Shelby Cobra came into being when Carroll Shelby combined the British AC Ace sports car with a 4.3-liter V8 engine. These Shelby Cobras proved competitive in motorsport, but the installation of an even larger 4.7-liter V8 engine meant the the car could fight with the Jaguars and Aston Martins of Europe. Today genuine Shelby Cobras are selling for big bucks.

This continuation car has covered just 430 miles from new, making it a tantalising collectors item. The current asking price for this practically brand-new slice of history is $141,549.