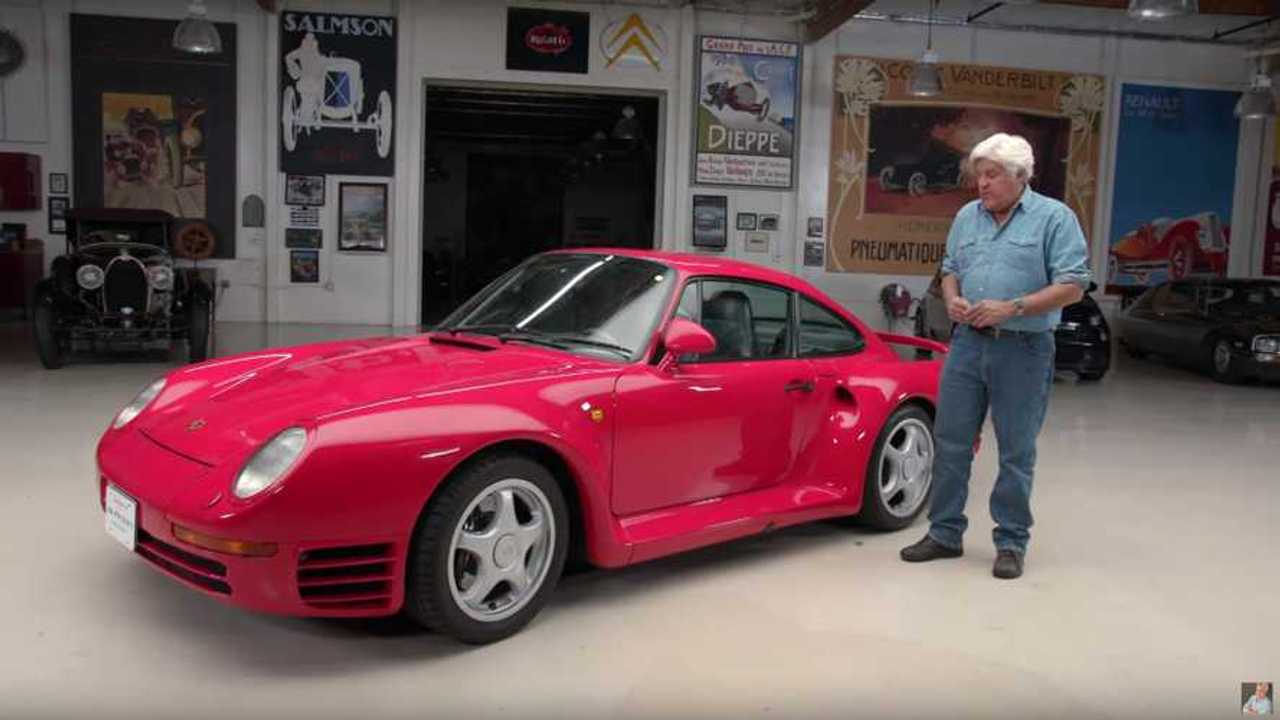 The Porsche 959 was a real technological marvel when new. A prime example visits Leno's garage.

Over seven decades Porsche has created some of the best engineered race and road cars to ever grace Tarmac, with the 959 being a high watermark indeed. Originally conceived as a Group B machine to see what the marque was truly capable of, it developed many advanced systems that went into the finished road car that also served to homologate the racer. Jay Leno gets up close and personal with this iconic supercar.

Alex Grappo is the proud owner of this 29,000-mile Porsche 959 that visited Leno’s famed garage. The red example is in immaculate condition, but Alex does say that he drives it daily without issue, ferrying kids around and even taking it to the hardware store. It’s 450-horsepower motor is mighty impressive, but Porsche designed it to be usable everyday. Adjustable hydraulic suspension — a pioneering feature on a car such as this — makes for a surprisingly compliant ride. It was also the world’s first car to use run-flat tires for fear of a blowout at near 200mph.

The 959’s advanced all-wheel drive system ensured that maximum traction was available to exploit performance, but to counter the additional weight, engineers looked to lighten the car. Magnesium and kevlar was used extensively throughout the 959.

A fascinating quirk that Alex highlights as a means of telling if a 959 has been repainted, is to do with a dimple in the door. When the mirrors were fitted to the lightweight doors, the method used inadvertently caused a faint ripple in the paint finish. Cars without this have usually been repaired with the telltale blemish removed.

The 959 was famously beaten to the 200mph punch by the Ferrari F40 in period, although the 959S was later capable of 211mph. Some enthusiasts would argue that the fire-breathing F40 was the ultimate car of its era, but the 959 was considerably more advanced.

Alex is full of lesser known 959 knowledge that is automotive catnip of us enthusiasts. Check out Jay taking the Porsche for a spin in the video.