Rehome This Big Cat! Restored 1975 Jaguar XJ-C Up For Grabs 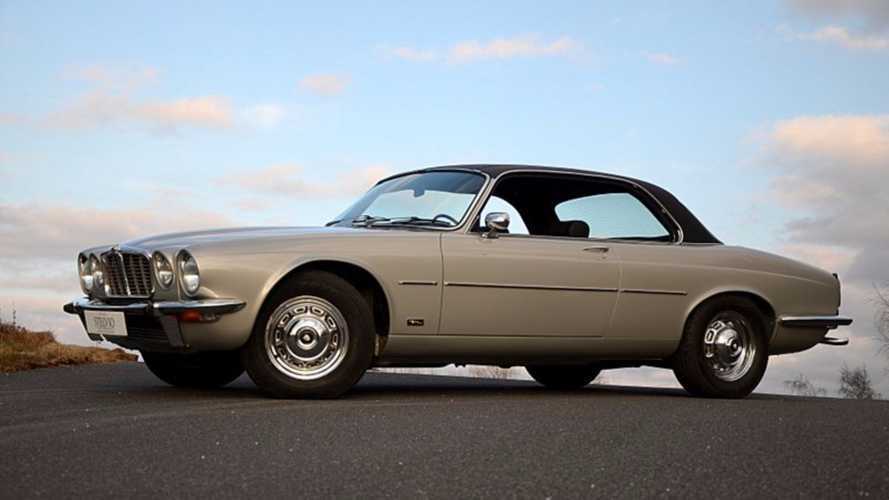 Is the Jaguar XJ-C the greatest looking Jag of them all? We think so...

If you are vegetarian or unable to grasp the concept of a good meal, you don’t necessarily require slices of bull to enjoy British beef for Sunday lunch. Rather, you can trade two horns for six cylinders with this Jaguar XJ-C.

Very rarely do photographs give full justice to the Jaguar XJ-C Coupé. Masculine and svelte with steaks of aggressive elegance, it’s not until face-to-face with – arguably – Jaguar’s finest creation that you can truly appreciate the big cat’s sheer automotive beauty.

While the 5.3-litre V12 may top the proverbial bucket list and have absorbed the glamour upon the XJ variant’s launch in 1973, its smaller 4.2-litre brethren is by no means the poor relation.

For starters, the straight-six engine doesn’t slurp quite as much fuel as the gargantuan twelve-cylinder, nor does it hold the same reputation for dependability as a cabinet politician – something the V12 appears to be cursed with.

Open that slim bonnet of the V12 and you’ll be met with an assortment of plumbing and wires that only an experienced Jaguar specialist can decipher when things go wrong. The smaller engine is somewhat more DIY mechanic friendly.

Acceleration is still perky enough to keep the V12 firmly in sight, too, and the weight difference allows for tighter manoeuvres under duress. Don’t believe us? Looking at the original sales figures highlights a stark difference – with the 4.2-litre straight-six having outsold the twelve-cylinder by nearly 3:1.

A 20kg weight saving over the four-door saloon maintains a sporting feel; despite weighing in at little under two-tonnes, cruising very much remains the XJ-C’s forté.

There’s 173bhp lurking under the bonnet: with 112 horses fewer than the idolised V12, the smaller-engined XJ-C skulks home with a 24mph slower top speed. Despite the 124mph top whack, the 0-60mph sprint takes only 1.2 seconds longer.

On paper at least, this sounds like chalk and cheese – but in the real world, what does that really matter? You’ll appreciate the extra economy as fuel prices continue the steady trend towards $3 per gallon. You’ll save a fortune in valium and therapist appointments by achieving more than 20mpg.

Comfort levels and drop-dead gorgeous styling were the order of the day across Jaguar's XJ-C range during its four short production years. The final example rolled out factory gates in 1977, with smaller amounts of power not necessarily signalling any loss in refinement.

However, let’s not beat about the bush – the XJ-C lived in the shadow of the XJ-S. Faster, better built (slightly) and more durable, the XJ-S hit a chord with the public, whereas the XJ-C appealed to a market that had already been and gone.

Suffering the usual British Leyland woes that cut life short should maintenance not be top of the agenda; rust, electrical problems, water ingress and panel gaps ensured swathes of XJ-Cs found a welcome home in the oily claws of the scrap merchant.

Nowadays, solid examples sell for far more than a new Mercedes yet are seldom found for sale – but we have a prime chunk of British beef residing in the Motorious classifieds.

Chassis no. UF 2J 511 89 BW is a genuine California car that was sold new and registered in the Golden State during January 1976. Sold by its American owner to a Danish Jaguar importer in 1987, the XJ-C was displayed in the Sommer Museum. The coupé was then bought by the current vendor back in 2017 and given a complete restoration.

Courtesy of the Californian climate, not a single weld was required as the frame was rust free. However, also courtesy of California’s blistering summer sun, the leather seats had cracked and the vinyl roof’s black coat had practically faded away. Both the leather interior components and über-1970s vinyl roof trim were therefore replaced.

Fancy rehoming this big cat? Get a closer look here.