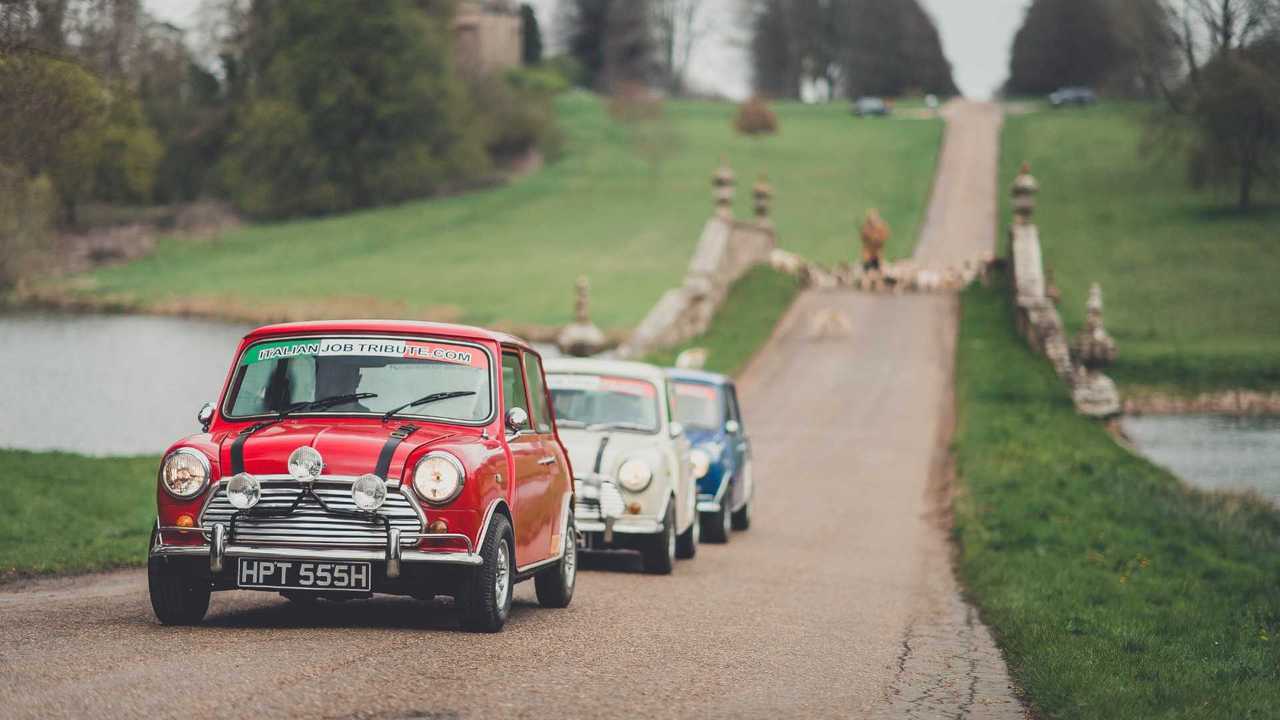 Classic insurance specialists Hagerty UK gained all-access permission to film a homage to The Italian Job within the grounds of Stowe School. Check the movie out below!

Classic car insurers and valuation specialists Hagerty UK has Blown the Bloody Doors Off. With the help of an Alfa Romeo Giulia TI, an Aston Martin DB4, and three classic Mini Coopers, the Hagerty team has created a very special film to celebrate both the 50th anniversary of The Italian Job and 60 years of the Mini.

The centrepiece of the six-minute homage is a highly cosseted blue Mini that was sourced by Hagerty UK for the Science department at Stowe School, where the tribute chase was filmed. Totally rebuilt by Stowe students, check out its sneaky cameo towards the end of the movie. You can watch the car chase action below:

The young engineering team at Stowe School contacted Hagerty UK directly in search of advice on rebuilding a classic car. After lengthy discussions, the situation escalated into a desire for a full-on project, rather than a vehicle requiring light restoration. Subsequently, Hagerty sourced them an example of the greatest British car of them all – a Mini.

The film, starring the Stowe Mini, is also a homage to Michael Deeley – producer of Blade Runner, The Deer Hunter and The Italian Job – himself an ex-Stowe School student.

The basis of the short film’s plot revolves around the escape of students who break into school vaults to steal exam papers – using their Minis to flee across the school grounds. The chase segment was shot entirely on location during a school holiday, and premiered at the school’s Speech Day on May 25.

Michael himself had no idea a film had been created, and watched the Mini masterpiece for the first time on Speech Day along with students, staff and parents; none of whom were expecting a film to be shown.

A testament to the Stowe attitude of fun over formality during Speech Day, the school management team granted permission to film, with an almost free rein, over the entire estate.

Marcus Atkinson, Hagerty Marketing Director, said: “Stowe School likes to do things differently and what better way to celebrate the hard work the students have put into their Mini than to highlight their car on Speech Day in the most dramatic of fashions."

"Having Michael Deeley in attendance is really the icing on the cake given the Mini anniversary and the fact that Michael’s much-loved film hits 50 years old in a few weeks’ time. The effort in concepting, planning and filming this film in secret has been a huge challenge, but when we watched a trio of Minis in cahoots with the students and their Mini, it was well worth it."

It might only be our opinion, but Hagerty's efforts eclipse 2003's Hollywood-sponsored attempt at Italian Job Mini Cooper action. The best bit? Unlike the original, no Minis were harmed in the making of this film. Top job!