Storm The Beaches With This DUWK 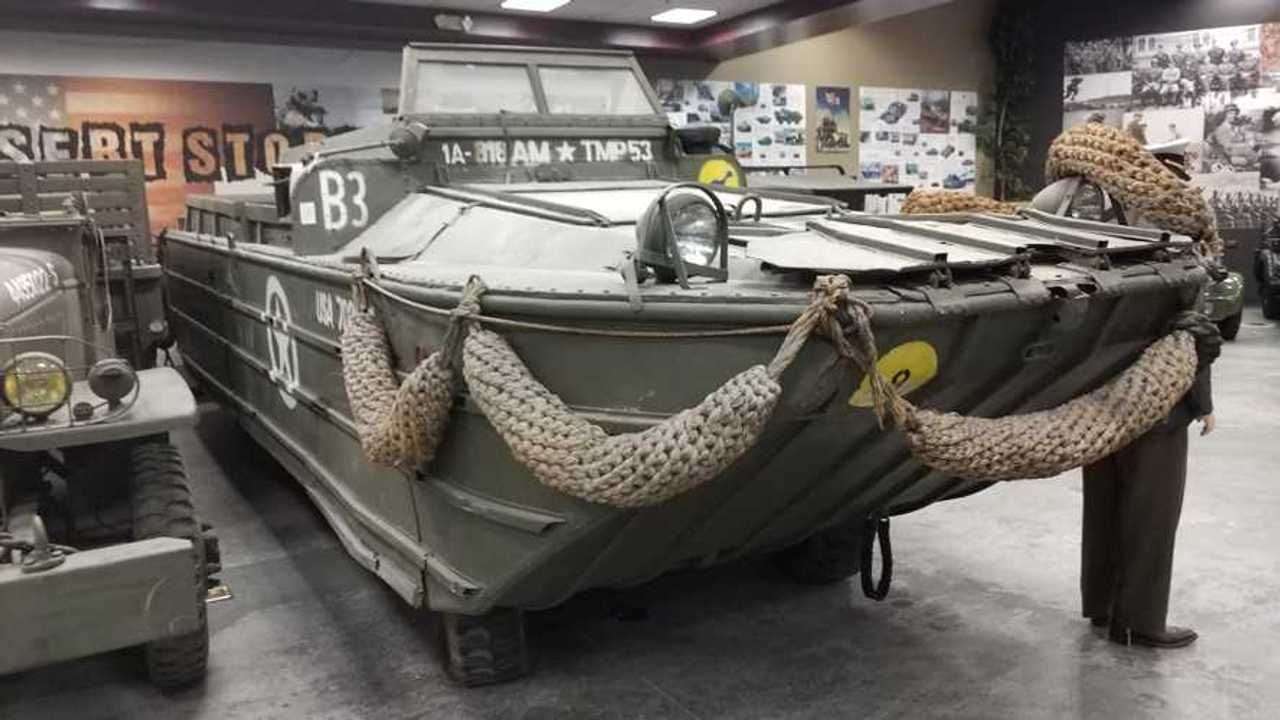 Lovingly known as the Duck, these amphibious craft were crucial during the D-Day landings during WWII.

Flick through the pages of history and you’ll see that our troops rely on being mobile. Once upon a time it was all about cavalry, but the combustion engine changed the theatre of warfare forever. No longer did two opposing forces charge at one another, instead strategy and how troops were delayed became all important as the pace of war quickened. The DUKW was an incredibly versatile machine that proved to be a true asset in World War II, and now you can own one!

The Orlando Auto Museum has a great US Army specification DUKW available to buy, making it a rare opportunity to acquire this famed military vehicle. You might see converted DUKWs being used as tourist attractions, but this green machine is a real piece of history.

Designed and built by Sparkman & Stephens and General Motors, this amphibious craft enabled cargo and troop transportation in any environment. Its hardy build, six-wheel drive and good ground clearance made it capable on land, while its hull and ability to float allowed for a seamless transition into water.

Its name comes from the GM model code it was given. D = designed in 1942, U = utility, K = all-wheel drive, W = dual rear axles. This nomenclature is what lead the DUKW to be colloquially known as the duck.

DUKWs served in the American, British, Australian, and Soviet armed forces. These talented vehicles were essential during the D-Day landings in Normandy and well as other European amphibious assaults of WWII. American forces also made good use of them in the Pacific theatre and again later at the outbreak of the Korean war.

These vehicles served their commanders well, and deserve a happy retirement. As far as collector vehicles go, the DUKW is pretty unique. We’d like to see a Ferrari 288 GTO mount an amphibious assault.