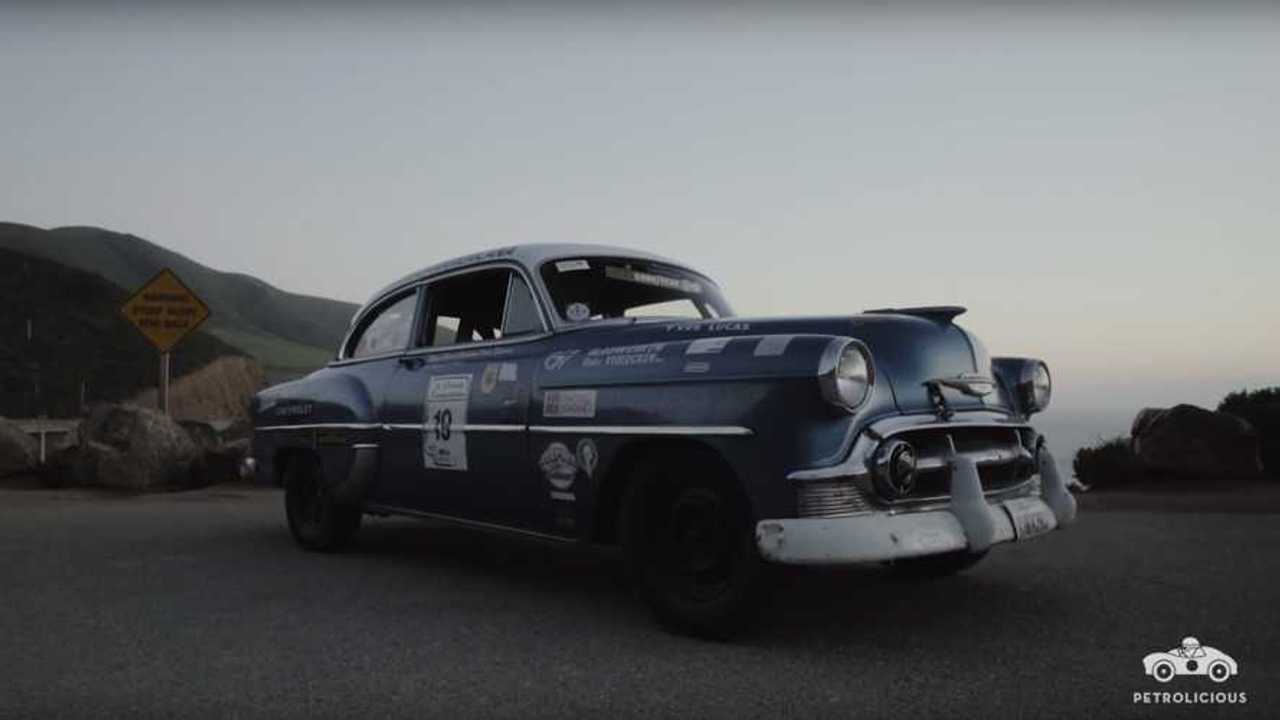 Drew wanted to be a racing driver, and it was a classic Chevy that enabled him to enter the 1989 Carrera Panamericana event

We’re all very impressionable as kids, but for many of us, a love of the automobile and motorsport is something we never grow out of. Drew Sidaris was at attracted to racing from a young age and always longed to be a racing driver. He grew up to realize his dream through a 1953 Chevrolet 210, a car that became known as ‘the blue ghost’ by competitors. Petrolicious tells Drew’s story and how he came to enter the Carrera Panamericana.

Drew grew up with a neighbor that owned an Alfa Romeo GTV, a friend who introduced him to motorsport through bikes, and a Hollywood neighborhood with no end of exciting vehicles on the street. He went on to become a film maker, but his passion for racing was unleashed as he and a friend began to build a car for the 1989 Carrera Panamericana event.

More on American cars:
- The Ford Starliner Was Built for 1 Year Only
- Relive Your Childhood With These American Movie Cars

The car was found in Los Angeles, USA in 1986 with a decision being made to go racing in it. Already in the American racing colors of blue and white, it was a good choice of the Carrera Panamericana which consists mainly of competing sedans and sports car. It was restored, roll bar fitted, harnesses added, and had the engine was rebuilt.

The original Carrera Panamericana was border-to-border race that was actually deemed to be one of the most dangerous in the world. It was run from 1950 - 1954 before being disbanded. It was later revived with the modern-day event still using some segments of the original route.

Over the years the car has been upgraded with a 292 Ci straight-six, power brakes, and power steering. Today Drew occasionally lets other racing drivers compete in his Chevy, but he never wishes to part with it until the day he dies.