A Storm Is Brewing Thanks To A 1993 GMC Typhoon 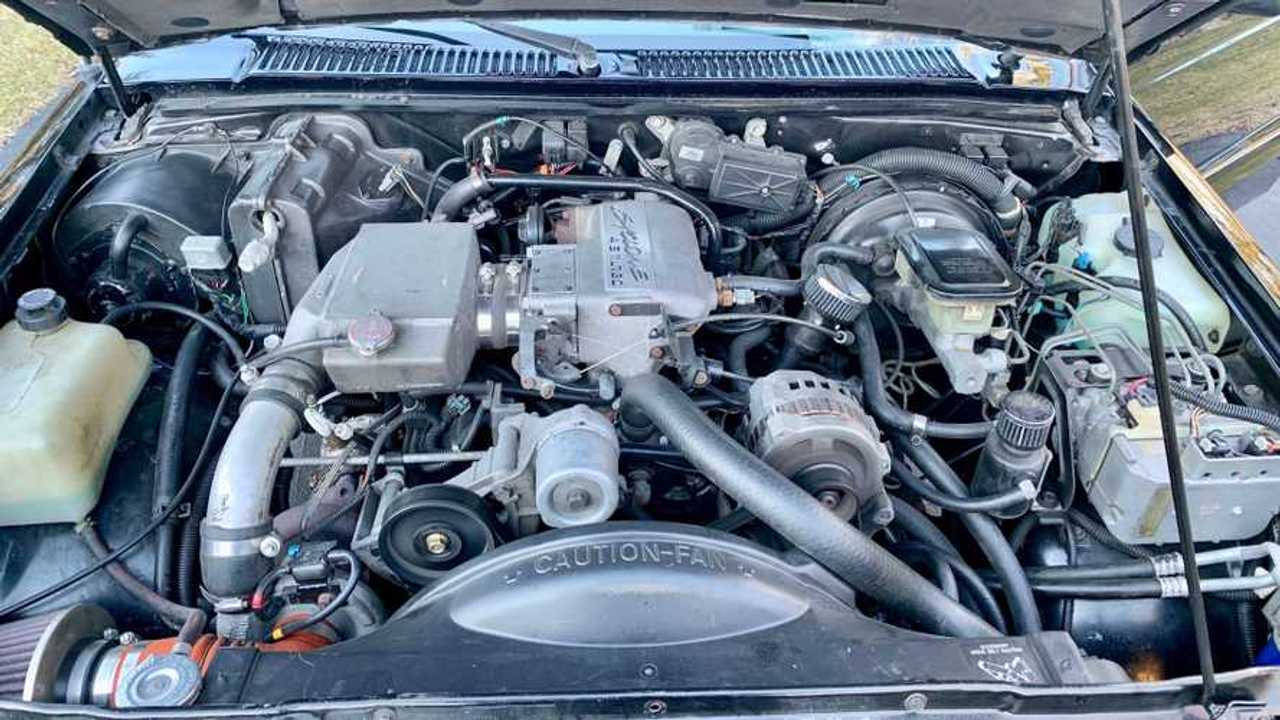 Some have completely forgotten about this hot SUV.

Even a fair amount of young kids know about the legendary GMC Syclone, but this 1993 GMC Typhoon is a much more obscure beast. It’s a hot SUV made to embarrass much more expensive vehicles, back before people realized performance SUVs could be a thing. This one is in good shape and it could be yours.

Gallery: A Storm Is Brewing Thanks To A 1993 GMC Typhoon

The secret to this potent GMC is what’s under the hood, of course. A screaming 280 horsepower surges out of the turbocharged 4.3-liter V6 engine, which was quite the feat for the early 1990s. It’s the same engine used in the Syclone, for those who don’t know. A Garret intercooler keeps things running well, even in the middle of the squelching summer heat. There’s also a shift kit, so you get through the gears cleanly and quickly. An aftermarket air intake helps push out more performance.

This Low Mileage GMC Syclone To Cause A Storm At Auction

Set The World Ablaze In This 1991 GMC Syclone

At just 84,000 miles, which has been verified by AutoCheck, this SUV is in good condition. It’s been lowered, so it looks even sportier than when it rolled off the assembly line and handles better. Fog lights look cool and are great if you’re driving in the rain. The OE ground effects add to the retro-cool appearance of this ride. Some bubbling in the paint and peeling aluminum on the wheels need to be addressed, but those are a small project compared to the amazing experience of owning this SUV.

There are some nice factory features in the interior, like power locks and windows. If you get tire of listening to that turbo V6, there’s a nice upgraded sound system with and additional amplifier, so you can really pump up the bass. The battery was moved to the cargo area, while the original spare tire is included. Both cloth and rubber all-weather floormats are included. A key fob and cool Typhoon keychain are both included.

To say the GMC Typhoon is the grandfather of the performance SUVs of today would be accurate. It came out when people thought SUVs were only for crawling over rocks or hauling families to church. Act now and it could be hauling your down the road in a hurry.