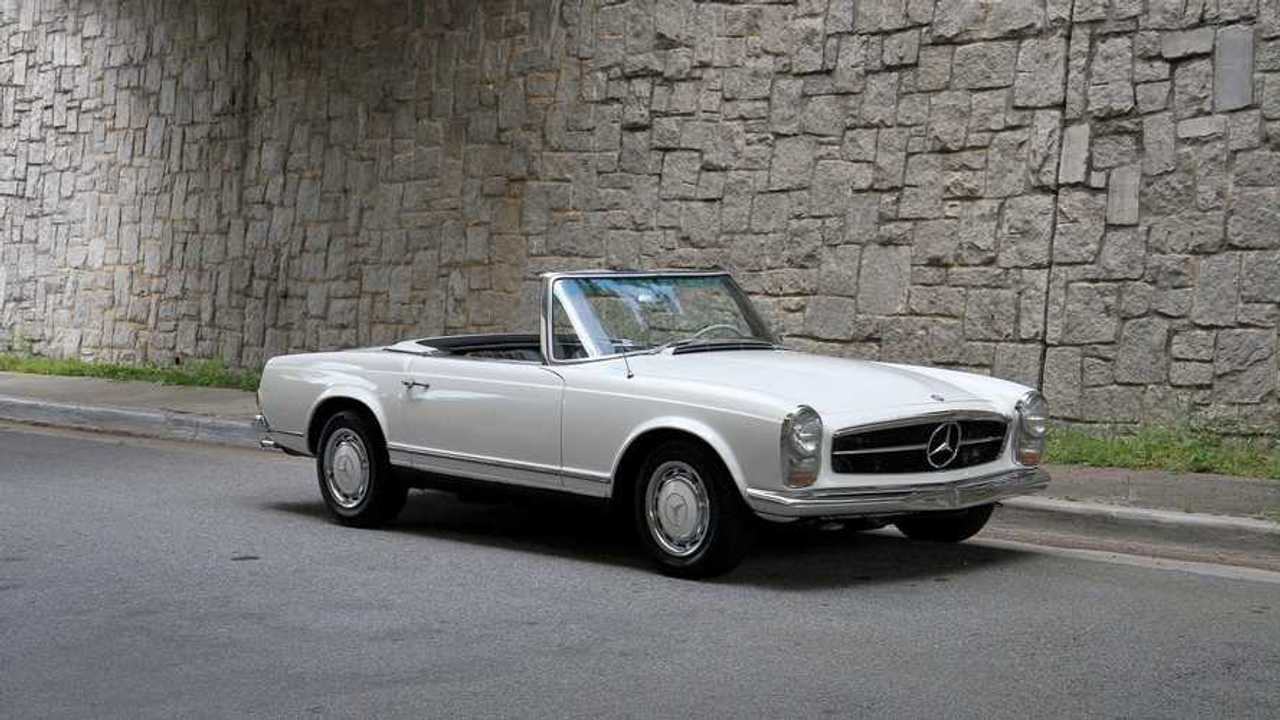 There surely isn’t a more svelte looking convertible sports car than a W113 Pagoda? Launched at the Geneva Motor Show in March 1963 it certainly looked the business and took the market by storm. Although dubbed a sports car, you probably weren’t going to rock the world with its performance figures, but it certainly was no slouch for its day, either.

Perhaps looking at its statistics would defeat the object of this car. This is a Mercedes to cruise around Hollywood in and look really look rather cool doing so.

The Pagoda - The Coolest Cruiser Of The Sixties

The car featured here, offered by Motorcar Studio, is the perfect entry point to this classic SL. Having supposedly enjoyed over 100,000 miles, it’s no garage queen. Similarly it looks to be in exceptional condition given its years, and recently enjoyed $20,000 of maintenance by the previous owner.

Despite the mileage, the previous owner added just 15,000 miles since 1985. The gearbox and torque convertor were fully stripped and rebuilt just 6,000 miles ago too, along with a range of engine adjustments to ensure blissful cruising for the new owner.

Included in the tidy bill was a whole host of interior work, including new carpets and upholstery, in addition to a huge range of mechanical work which will ensure a fantastic drive - more details of which can be found on Motorcar Studio’s listing.

The only issues of note are the Kuhlmeister air conditioning unit which is currently inoperable, along with two particularly small rust blemishes on the front floor pan.

Naturally, given its age there are a few related marks around the car, however with such a price point, this is definitely a car to be enjoyed. Finished in white over black, this classic combination really brings out the cars lines that few other combinations can achieve.

For more information on this Pagoda, head to Motorcar Studios.