Check Out The 1972 Dodge Charger Being Restored By Petty's Garage 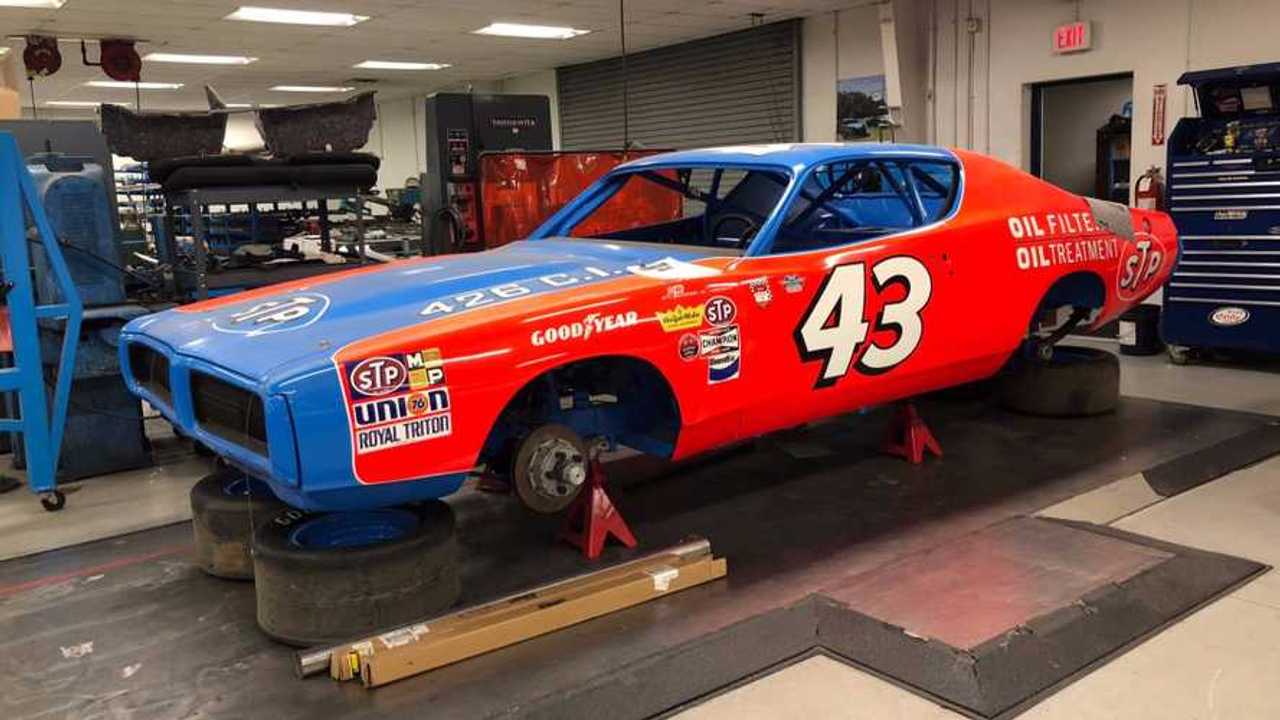 This 1972 Dodge Charger Stock Car is no replica. It’s not a museum imitation or charity duplication, either. This is the real deal, originally built at Petty Enterprises to be run in NASCAR’s top series by Buddy Baker. The best bit? After years in the wilderness, the Charger is currently undergoing a sympathetic restoration by Petty’s Garage.

We aren’t sure how long the restoration has to go before completion, but if you fancy acquiring a legitimate slice of NASCAR history then you’ll need to register your interest sharpish. Once the final coat of polish is applied, this chunk of automotive Americana won’t hang around for long regardless of price tag.

Back when Gilbert O’Sullivan stalked the charts and a gallon of gas cost 55 cents, Buddy Baker raced for Petty Enterprises as Richard’s teammate. It wasn’t uncommon for cars to be repurposed and converted year upon year before manufacturers saw the full capitalism potential with new models, with the ’72 Charger changed over to the ‘43’ for Richard to campaign throughout the ’73 season.

Once the car had finished its life cycle with the team, it was sold and passed down through the lower-tier racing series by various different drivers. After a decade on track, the Dodge was converted into a Richard Petty ‘tribute’ vehicle out in California. It’s here that the vehicle practically disappeared from public view – until a researcher found the car online.

Having detailed the Charger’s history, the NASCAR racer was brought to Petty’s Garage in Level Cross for authentication. Petty, Dae Inman, and Richie Barsz thoroughly examined the Dodge and determined that it was the real deal. A genuine race car from the old Petty Enterprises days. However, the Dodge was in dire need of TLC.

With the car’s identity confirmed, Petty’s Garage was given the green light to move forward with a full restoration of the car, under the watchful eye of Richard and Dale themselves. Progress since then has been swift, with a complete strip-down rebuild of the drivetrain and running gear almost finished.

From the pictures, we can see that period-correct livery has successfully been applied to the sandblasted bodywork. Presented as the ultimate NASCAR history lesson, you can follow the Dodge Charger’s restoration here.