Is It Cheaper To Buy A 1967 Ford Mustang Fastback From Britain? 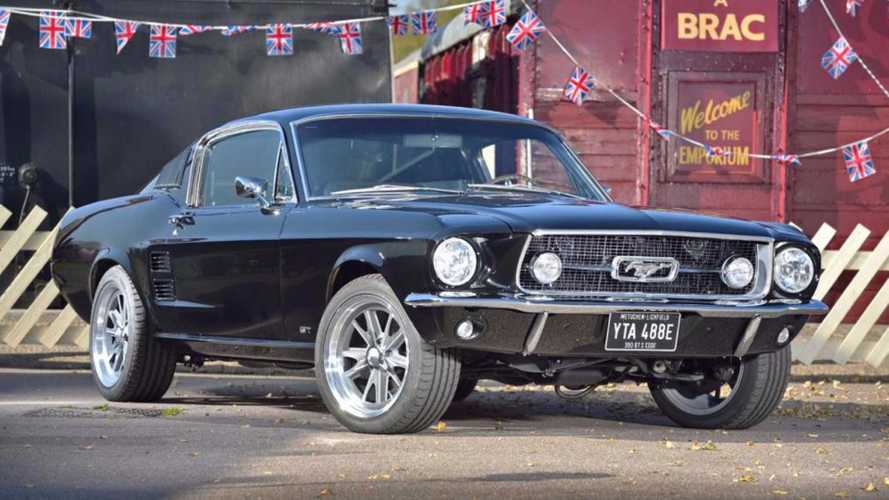 This immaculate 1967 Ford Mustang Fastback is estimated to sell at British auction for $95K. Even with shipping costs, that's cheaper than the examples available stateside!

It’s hard not to whisper Steve McQueen’s name when presented with a Ford Mustang 390 GT Fastback, even if it isn't a 1968 model. Immortalized by Lieutenant Frank Bullitt during one of cinema’s greatest car chases, the ultimate pony car commands high levels of respect and financial value when available on the open market. Even basket case examples sell for more than modern showroom counterparts.

However, what about restored Mustangs? The American classifieds may provide evidence of eye-watering sums being traded for healthy Fastback specimens, but it’s not always the case in Great Britain. Check out this 390 GT, claimed to be the ‘best one ever seen’ by auction house H&H.

The sweet part? This Mustang has been estimated to sell below the £75k mark ($95k). That’s almost $50k less than similar Mustangs fetch on American soil.

This seems like somewhat of a bargain considering the 3800 man hours involved with undertaking the Mustang’s nut-and-bolt restoration. Apparently, £25k was invested in the paint alone. Quite frankly, the stallion must be seen to be believed. It's better than new.

According to the accompanying Marti report, this matching numbers Ford was crafted in the company's Metuchen plant on July 13, 1967, where it was sprayed in Burnt Amber and equipped with the standard Black bucket seats.

The original supplying dealer was Berry Motors of Paramus, New Jersey, and the car remained in the U.S until it was exported to Britain during 2014. After five years with the present owner, the Ford is now being made available with excellent bodywork, unblemished paint, immaculate interior trim, and concours running gear. The V8 engine performs as though it’s brand new.

So, it’s ultimately cheaper than some Stateside models and in truly remarkable condition. But is there still money to be saved after importing the Mustang back across the Atlantic? In a word, yes.

Shipping a classic from Europe doesn’t cost nearly as much as scaremongers would have you believe. According to quotes that we sourced, expect transport fees of $1500, alongside 10% of the vehicle's value for import duties. Just brace yourself for the mountains of official documents required for arrival in the U.S.A. And perhaps some extra insurance for good measure.

Without doubt, this 1967 Ford Mustang Fastback represents an exciting and rare opportunity for collector car aficionados. If you can figure out a safe passage to return the Mustang home, you’ve got yourself a well-heeled bargain.