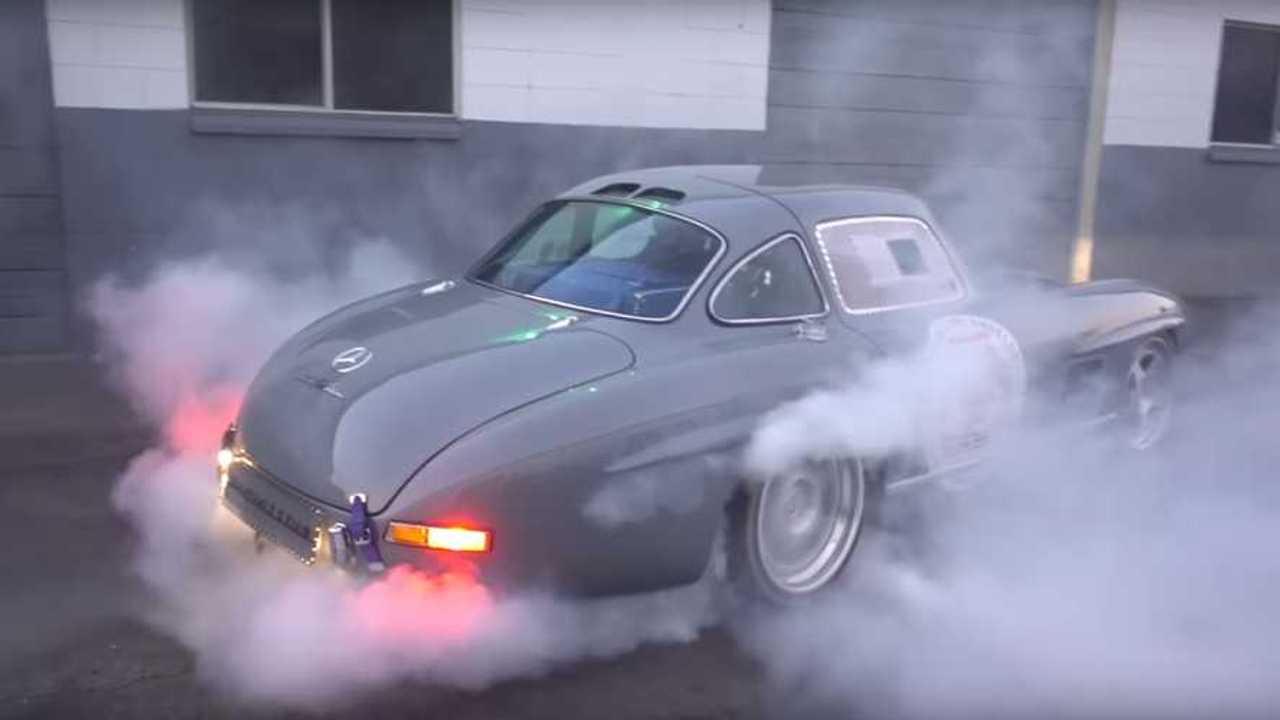 The Mercedes-Benz 300SL Gullwing is one of the most iconic cars in automotive history. Its distinctive design and world-class engineering made it a force to be reckoned with on and off the race track. Today the machine is a living legend with all surviving examples coveted by collectors — so imagine our shock when we saw a highly modified 300SL at SEMA.

YouTuber Hoonigan AutoFocus visited John Sarkisyan, the creator of a car we initially thought was sacrilegious. Did he really restomod such a historic vehicle? Thankfully not, instead opting to create a mould and forge a fibreglass body.

It’s very well executed and initially had us convinced it was genuine bodywork. Subtle riveting was added to give the car more motorsport-inspired detailing, along with a large set of polished alloy wheels.

Ex-Beatles Mercedes 500 SEL AMG is your ticket to ride

Could This Be The Most Immaculate Mercedes-Benz 280SE Coupe?

Its lowered stance is the first thing that gives this car away as being far from faithful to the original. John wanted a car that featured the handsome looks of the Gullwing classic, but more modern performance. Using a Mercedes-Benz SLK 32 AMG donor car, its running gear was transplanted into this creation.

Some parts are genuine 300SL, such as the original Gullwing glass and grille that cost some $30,000 to obtain. The interior is far from original, however, its design does hark back to the 1950s car. Its original bucket seats were reupholstered to match the vivid blue hue of the cabin, while you’ll spot more modern Mercedes switchgear. What’s in the trunk? A liquor bar of course!

Under the hood is the SLK’s supercharged V6 engine, but finished with beautiful copper detailing. Power output is around 350-horsepower with the car said to be potent enough to qualify for 0-60mph in under 5 seconds. Capable of turning its Toyo Tires into smoke in an instant, this custom build is mighty impressive.

John Sarkisyan is well known for is work customising Porsches, but we bet he has had plenty of interest from others in awe of his Gullwing.