Die Another Day Spec Vanquish Up For Auction This Weekend 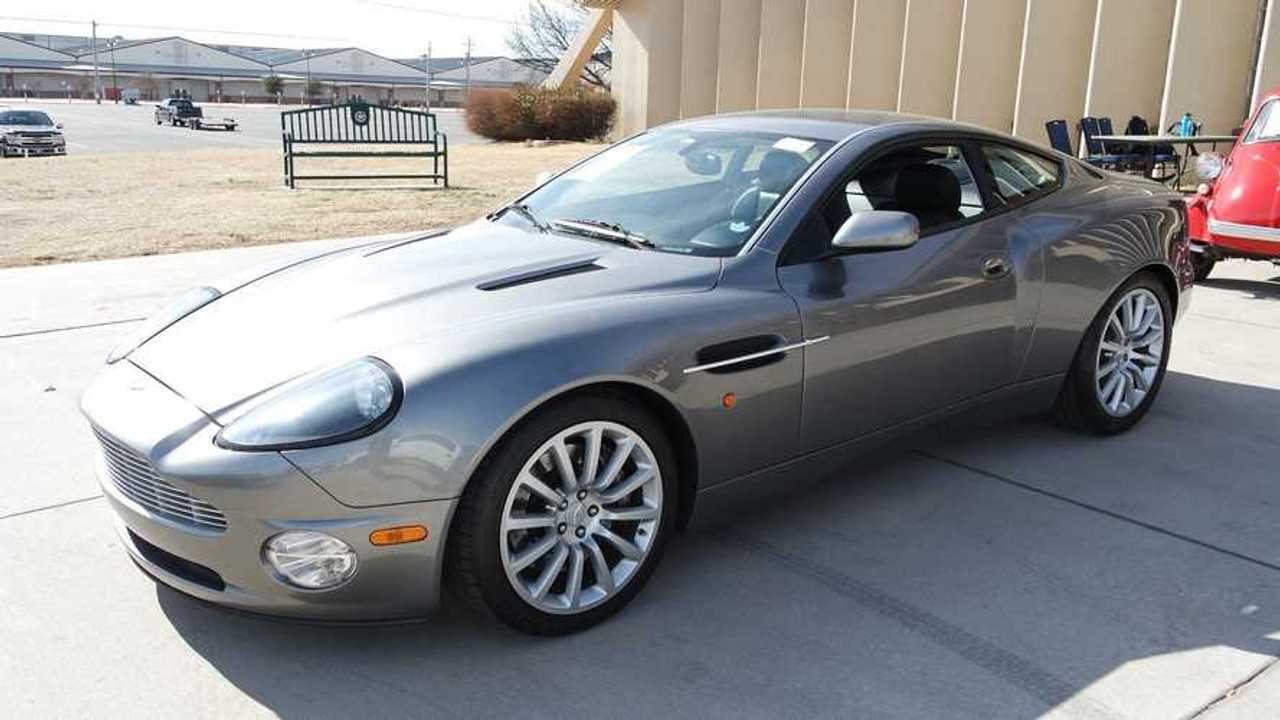 This 2003 Aston has less than 10,000 miles on the odometer and is looking for a new home at the end of the week

The Aston Martin Vanquish cost the equivalent of $300k dollars back in 2003, but it could be yours for just a fraction of that original, eye-watering price tag.

What you get is undoubtedly one of the best looking Aston Martins since the celebrated Goldfinger-era, and along with it, a typical James Bond-inspired legacy; allowing you to drift around frozen lakes wearing a tux and punching Toby Stevens alá Die Another Day. Just because you can.

The Vanquish is based upon the DB7's mantra and underpinnings, again, probably one of the best looking cars of the last 50 years. Unlike the DB7, however, the Vanquish came with a highly primitive flappy paddle gearbox. One that frustrated journalists worldwide, for sluggish changes and jerky responses were the order of the day. Naturally, Pierce Brosnan's Vanquish from his final cinematic 007 adventure was converted to a manual transmission set-up.

Although this may put off potential buyers of this stunning example, offered on the auction block this weekend at Leake Auction Company, Aston Martin understood the world's frustration and have made a rather mental proposition for owners.

Those who are lucky enough to have a Vanquish in their garage can send their car back to the factory for a manual conversion. That’s right, you can send your now 16-year-old Aston back to Warwickshire in England to have a proper gearbox fitted to the tune of approximately $50,000.

Although this may seem rather insane given the current market values of the car, for a V12 Aston surely this is the mod to end all mods? After tasting the experience on offer with manual transmission mated to twelve-cylinder grunt, you won't want to drive anything else. The gearbox transplant won't hurt future values, either.

If you choose to undertake this conversion, expect a 12-page invoice to land at your door with a huge array of parts to make this happen.

The car featured here comes in true Die Another Day spec, with Tungsten Silver paint over a charcoal leather interior. Just 9658 miles have been accrued over the cars 16-year life, so expect that leather to smell as fresh as it did back in 2003.

With a high bid of $57,000 (at the time of writing) this could be one hell of a bargain. For more information, visit Leake Auction Company for more details.