This 1949 Buick Roadmaster Is A Hollywood Film Star 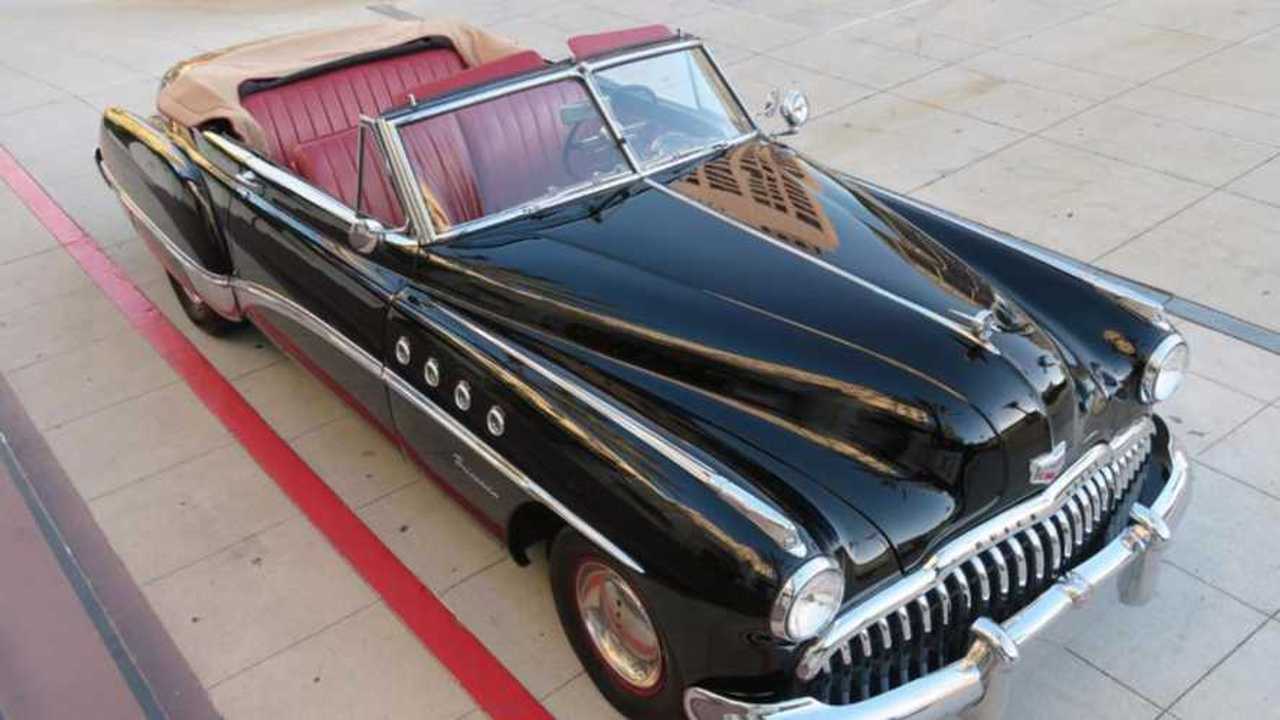 The 1949 Buick Roadmaster as used by Nick Nolte in 1996 blockbuster Mulholland Falls is up for sale. After a piece of automotive Hollywood history? Step this way...

This Buick is merely one of thousands. A two-door 1949 Buick Roadmaster convertible, these American automotive icons currently reside in rather high numbers. As such, almost any petrolhead can point to the strong colour palette and those deep leather seats with contrasting beige soft top. However, what most won't recognise is this – here we have a genuine film star.

Having enjoyed a full restoration and fresh service, this luxurious motoring star of 1996's Mulholland Falls, also featuring Nick Nolte and Chris Penn, is ready again for the open road.

Supplied with three sets of keys, a comprehensive history file and a Buick shop manual alongside a Mulholland Falls movie script, the Buick also comes with MGM film negatives, multiple photo credits, an official Mulholland Falls folder and a letter from MGM’s Elisabeth Seldes. All you need now is a criminal to catch! You can see the car in action below:

Having manufactured the Roadmaster since 1936, Buick introduced several styling changes in 1949 that radically up-dated the model’s appearance post-war. Of these, the two-piece curved windscreen delivered the most obvious injection of modern chic to a vehicle that was now in its thirteenth year of production.

Not only did the new glass fittings eliminate blind spots, which had previously blighted drivers of the Roadmaster, they also upped the scenic quality of every journey and made city driving a far easier business.

The weight of the 1949 model increased while the wheelbase shortened slightly. Counterbalancing the extra load of 65 pounds was an increase to 150hp courtesy of an improved compression ratio from a 320 CID straight-eight engine. Combined with GM’s automatic Dynaflow transmission, this powerplant could push the mighty Buick up to a top speed of 110mph – perfect for catching gangsters in Los Angeles!

You could sneak up on vagabond nobility in utmost silence too, thanks largely to hydraulic valve lifters within the two-barrel carburettor.

Meanwhile, you’d be forgiven for thinking that the striking four-hole ventiports on the front wings were in place for cooling the engine, and while you’d be partially correct as this was true in early 1949, the majority of Roadmasters came with plugged ventiports as a tribute to wartime fighter aircraft.

If investigating serious crime, you need a highly discreet vehicle or one with immeasurable presence. Boasting a model name as confident as the Roadmaster, combined with its immaculate Carlsbad Black paint, gleaming chrome and four eye-catching ventiports down each flank, we presume this stunning Buick from 1949 evoked fear in those up to no good.

Thanks to its sharp detailing and the knowledge that if you travelled upon the rear red leather seats in the film, you probably wouldn’t be travelling again. This was, after all, Buick’s flagship model for eleven years between 1946 and 1957 and was used by many important people who intended to make a statement, albeit usually in a more legitimate fashion.

Get a closer look at this film star 1949 Buick Roadmaster here.