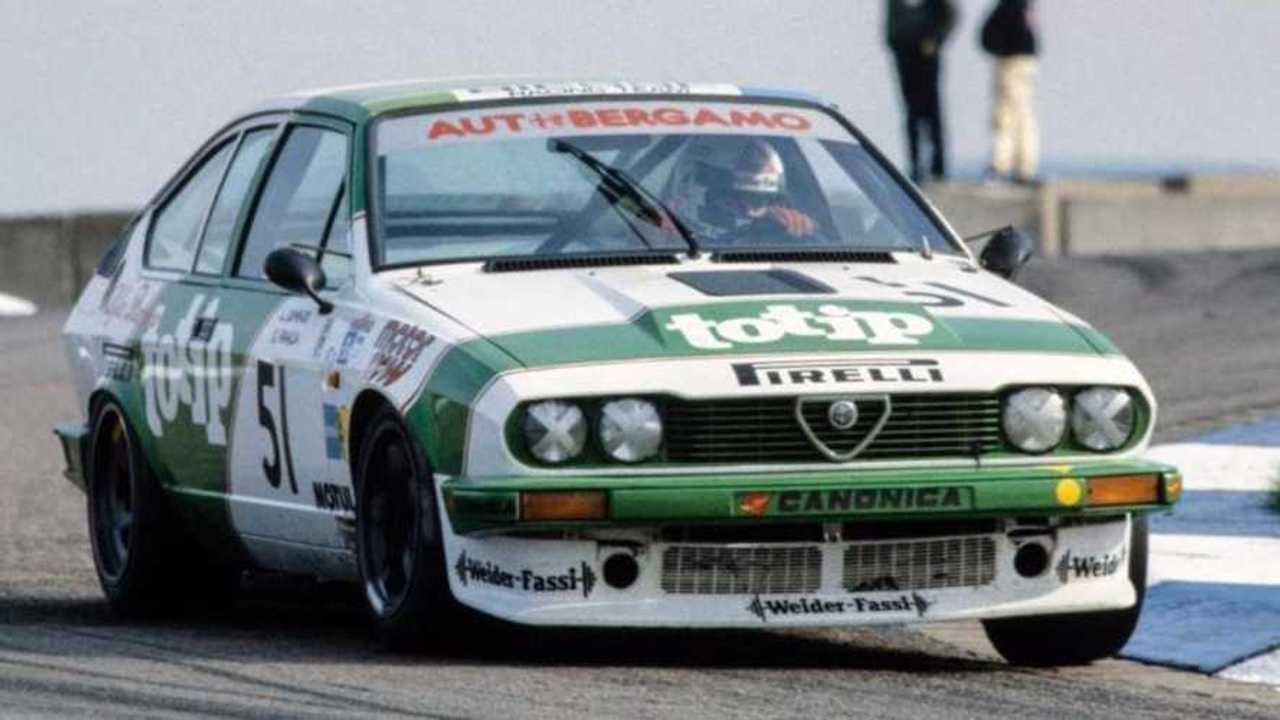 Could anything be more thrilling or more Italian than a Alfa GTV6 touring car heartily racing in the eye-catching combination of green, white and red? Not in our book...

Manufacturers fall over themselves to pitch the latest road-going models on touring car grids, albeit with a dazzling paint scheme and the best equipment motorsport technology can offer shoehorned into proceedings. So, imagine how appealing touring cars become when gorgeous Italian classics, such as this 1981 Alfa Romeo GTV6 2.5, are also factored into the mix.

Does The Historic Alfa Romeo Quadrifoglio Badge Belong On An SUV?

Had you been stood trackside sometime between 1982 and 1985, you might have seen the stirring sight of this GTV6 and driver Roberto De Gaetano speeding by, competing on behalf of the Jolly Club in the European Touring Car Championship's Group A category. Once Alfa Romeo had you hooked, you were happy to stay hooked.

One of five race-prepared GTV6 chassis that had been reinforced by Alfa Romeo’s competition department Autodelta SpA, it was purchased by loyal Fiat group racing team Jolly Club, who famously ran customer Lancia Deltas in the World Rally Championship.

This GTV6 was upgraded to impressive competition specification, before being completed with a peppy orange and green racing livery to match the branding of main sponsor Totip.

Amongst the special racing features incorporated into this 1981 model are a heavily tuned 2.5-litre engine that comes with modified ports and ignition as well as a racing Autodelta camshaft, delivering 240hp. Fuel is held within a specialist tank made in collaboration with Pirelli, while the pleasing growl that accompanies this GTV6 spouts from a cheeky side exhaust.

Behind bi-metal Canonica wheels lurk lightweight alloy wishbones offering stiffer and stronger suspension. Weight reduction is very much the name of the game in circuit racing and the load of this GTV6 has been further by a lightweight dashboard and alloy roll bar measuring in at only 15KG.

Changes through the transmission are punchy and satisfactory thanks to a dog-box with close racing ratios. Meanwhile, stopping power is provided courtesy of Brabham's Formula 1 parts bin, with four sturdy F1 brake calipers at the front and two extra large Girling F1 brakes on the rear – complete with ventilated discs.

This GTV6 initially raced within Group N before progressing onto Group A in the Touring Car class of up to 2500cc. Some of its most impressive performances took place during the 1984 500km of Monza, as well as Donington Park in the same year.

Still retaining its original Italian CSAI/ACI race passport of 1985, the Alfa is currently for sale at $168,900. This genuine touring car competitor comes with a spare engine as well as comprehensive documentation, letters from previous owners and the Jolly Club, the Autodelta chassis invoice and a 1985 certificate for the lightweight alloy roll bar.

To complete the package, Netherlands-based dealers Strada e Corsa are able to provide servicing, maintenance, race preparation and track assistance for European Touring Car events at locations such as Nürburgring, Spa-Francorchamps or Zandvoort. View the full gallery below: