1000 Jaguar Classic Cars Gather At The Poshest House In England 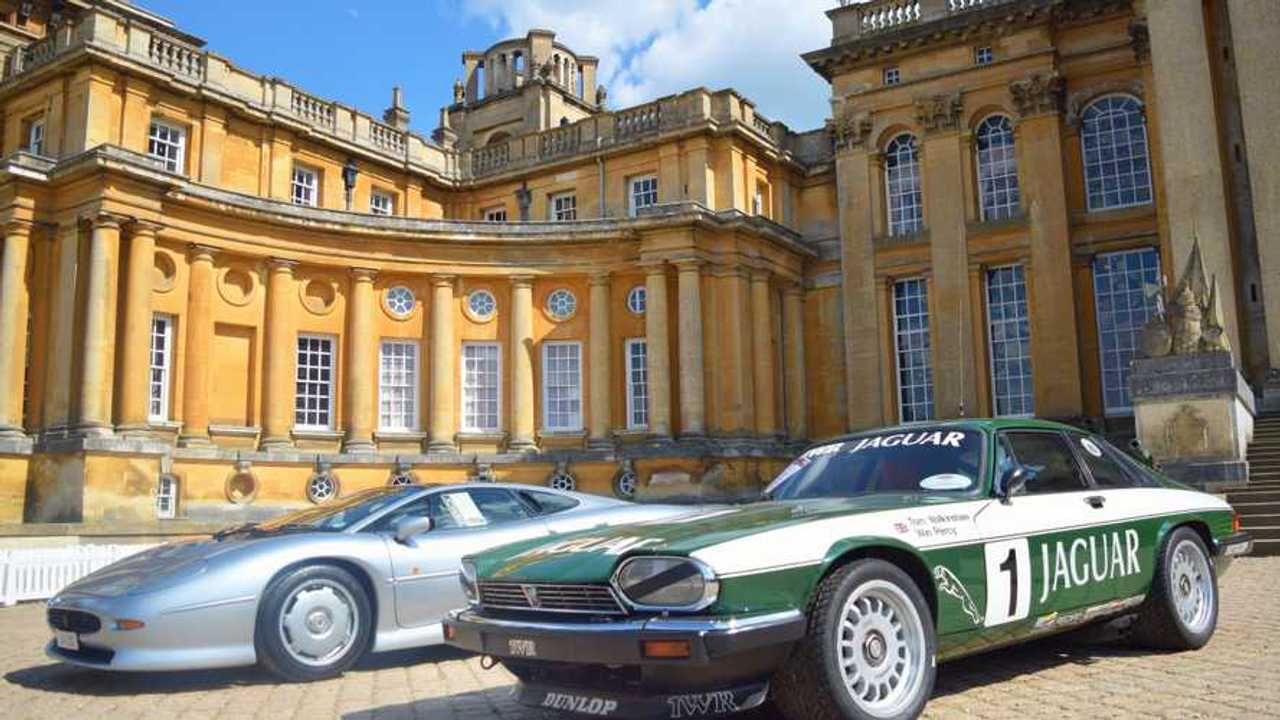 The monumental grounds of Blenheim Palace played host to an impressive array of 1000 Jaguar cars on Sunday, May 12, for the Jaguar Enthusiasts Club’s 2019 Summer Jaguar Festival. Marque enthusiasts of all ages were more than entertained with the selection of big cats on offer, ranging from the seldom-seen Mark V saloon through factory fresh XE and F-type models.

What’s It Like To Drive The Queen Mother’s Jaguar V12 Sovereign?

Visitors were presented with the largest gathering of Film and TV Jaguars ever assembled, including the XKR from Bond film Die Another Day, the red E-type from Sean Connery’s 1964 thriller Woman of Straw, the famous bulldozer-inflicted Italian Job XKE, Judi Dench’s XJ from Skyfall, Austin Power's Shaguar XK8, and George Cole’s beloved XJ6 from cult series Minder; a car that has seldom been displayed since filming ceased.

Guests enjoyed a marked procession totalling more than one hundred Jaguar examples from all eras as they paraded around the roads of the Blenheim Palace parkland. The luxurious motorcade paid particular homage to the iconic MKII, celebrating 60 years since launch and immortalised by British gangland epics of the 1960s, alongside global phenomenon Inspector Morse.

Fans of motor racing flocked towards the Courtyard, which housed Jaguar’s Invictus Games Racing crew, giving aficionados an opportunity to get up close with the team’s racing F-types. Consisting of two ex-military servicemen who overcame horrific injury fighting for their country, both Pau Vice and Steve McCulley spent time discussing all things motorsport with visitors, alongside pro-driver Matthew George who explained the intricacies of surviving on track.

An unusual XJ220 also stood alongside the historical racers, kindly loaned by Don Law. One of four XJ220 chassis transferred from Jaguar Sport Bloxham to TWR racing in 1993, Walkinshaw’s engineers prepared the supercar for an assault on the GT Class for Le Mans that year.

The event also offered a trade show, selling everything from hard-to-find model cars to new-old parts and contemporary products for your classic Jaguar. For those of an aviation persuasion, the day was punctuated with a Submarine Spitfire fly-past.

Those who remained torn between attending Blenheim’s 2019 Summer Jaguar Festival and watching the Spanish Grand Prix found solace when the F1 event was shown live on the big screen from 2pm onwards, courtesy of event sponsors Pirelli.

As the baking sun saw out the afternoon shadows, Woodstock’s roads became dominated by a plethora of both classic and modern Jaguars as participants set off for home, drawing locals onto the streets for an impromptu spectacle.  The Jaguar Summer Festival will return for 2020.

Check out the full Motorious gallery below!