One Off In The Original Form: 1948 Mercury Templeton Saturn 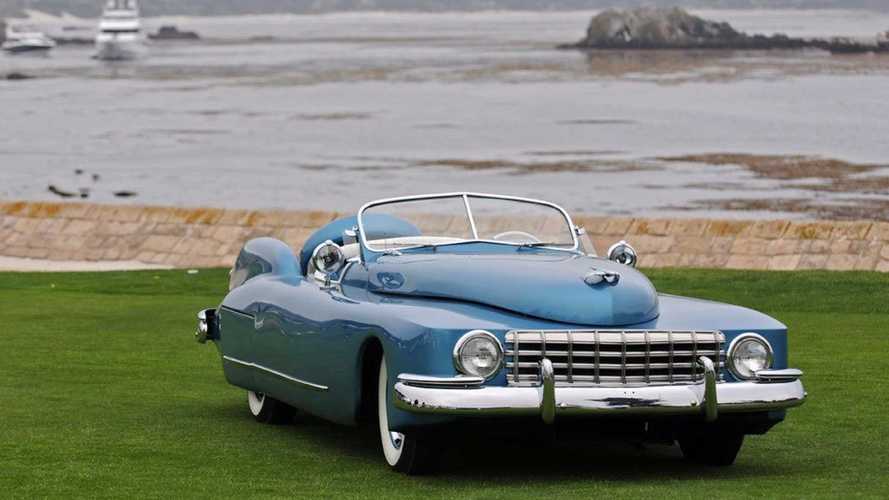 This 1948 Mercury Templeton Saturn is the only one like it in the world, and its looking for a new home!

In the automotive marketplace, the words “one off” have become a phrase used to emphasize a, usually mundane, selling point on a vehicle. Having seen the idiom used to set a car apart from the others of its kind being sold at the time because it had a clock in the dash, it is no wonder that this group of words holds less value than you might think.

However, every once in a while, a truly one of a kind automobile becomes available for collectors that want something special. Something that no one else has, or many people even know about. In 1950, Ames, Iowa native Lloyd Templeton and his sons Don and Bob embarked on a two and half year long build that would bring to life a truly unique custom build that would be dubbed “the car of tomorrow” after winning a multitude of awards and being featured in advertisements and Hollywood film.

Gallery: One Off In The Original Form, 1948 Mercury Templeton Saturn for Sale

Templeton started with a 1948 Mercury chassis equipped with a 239.4 cubic-inch Flathead V8 backed by a manual transmission. For the body, he used a Chrysler hood, a Mercury windshield, 1946 Chevy rear fenders, a ’48 Dodge grille, bumpers from a ’46 Pontiac, and a reversed Hudson hood for the deck lid.

The Quest To Build The Perfect 1964 Mercury Marauder

What came out of the Frankenstein list of parts was an incredibly breathtaking car that captivated the Hollywood and the nation alike. Templeton name the car Saturn because he believed it would run circles around all the other cars of the time, and it seemed that no matter where the car was featured the judges did not disagree.

The multitude of awards the Templeton Saturn has received include the 1952 Speedorama Custom Class, the 1952 Motorama Most Original Custom Car Class, and prizes at the Motor World Fair, Herb Shriner’s International Show, and the Third National Speedorama. The car was also chosen by Paramount Pictures to be on call for full length motion pictures.

While on set for a movie that didn’t pan out, the car was often seen with Bob Hope behind the wheel. Earning the Templeton Saturn the moniker - The Bob Hope Special. This piece of American Automobile History was last sold at auction for $148,500 and is now available through PJ’s Auto World.