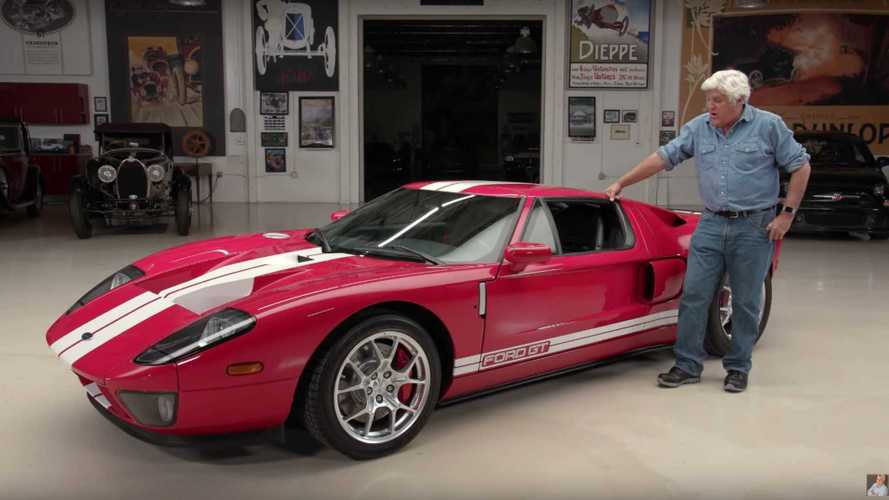 Ford GT Chief Designer Camilo Pardo tells the supercar's story from the inside.

The 2005 Ford GT has become one of Ford’s most iconic models in a relatively short period of time. Designed to celebrate the blue oval’s 100th birthday, it is a car that’s value is surging upward today. Jay Leno is famed for having an incredible collection of cars, but one of his most cherished is a red with white striped Ford GT —  car number 12 off the production line no less. He invited the car’s designer to the garage to talk through some lesser known details of this American supercar.

Camilo Pardo was the Chief Designer of the Ford GT, and is full of fascinating and intricate stories about the car. Highlighting the never ending battle between designers and engineers, Camilo talks about how things such as the door mirrors and rear bumper were something of a compromise. Apparently there were some heated exchanges in meetings where he had to try and justify some elements.

More on the Ford GT

Ford GTs Are Appreciating, Meaning Now Is The Time To Buy!

An interesting insight given was in relation to the GT’s cutaway doors that hark back to the original 1960s racer. Camilo recalls them being a point of contention, because in today’s world of tight parking spaces, they make it particularly difficult to get in and out of the car.

Pardo said, "Lots of parts of the car have their story, but this, the door story was a heavy one. Yes, because you couldn’t full open a door with a car parked next to it. So that was a huge issue, and I was out there measuring parking lots and distances. Because of the drama, personality and characteristics of the vehicle, that was like a signature door." He mentioned that every important person in Ford hit their head on the door cutout, including Bill Ford, making its approval rather tense.

Another great Ford GT anecdote Camilo tells is about F1 legend Niki Lauda visiting the car before it was revealed. Apparently he recommended paddle shifters over the manual gearbox, and remarked that the air intake ‘looks like s**t’. He loved the rest of the car though.

It really is worth watching the full 40 minutes of this video, especially if you think you already know everything about the GT. There’s plenty of enthusiast trivia to relish!