Legendary Porsche-Designed Type 64 Up For Auction 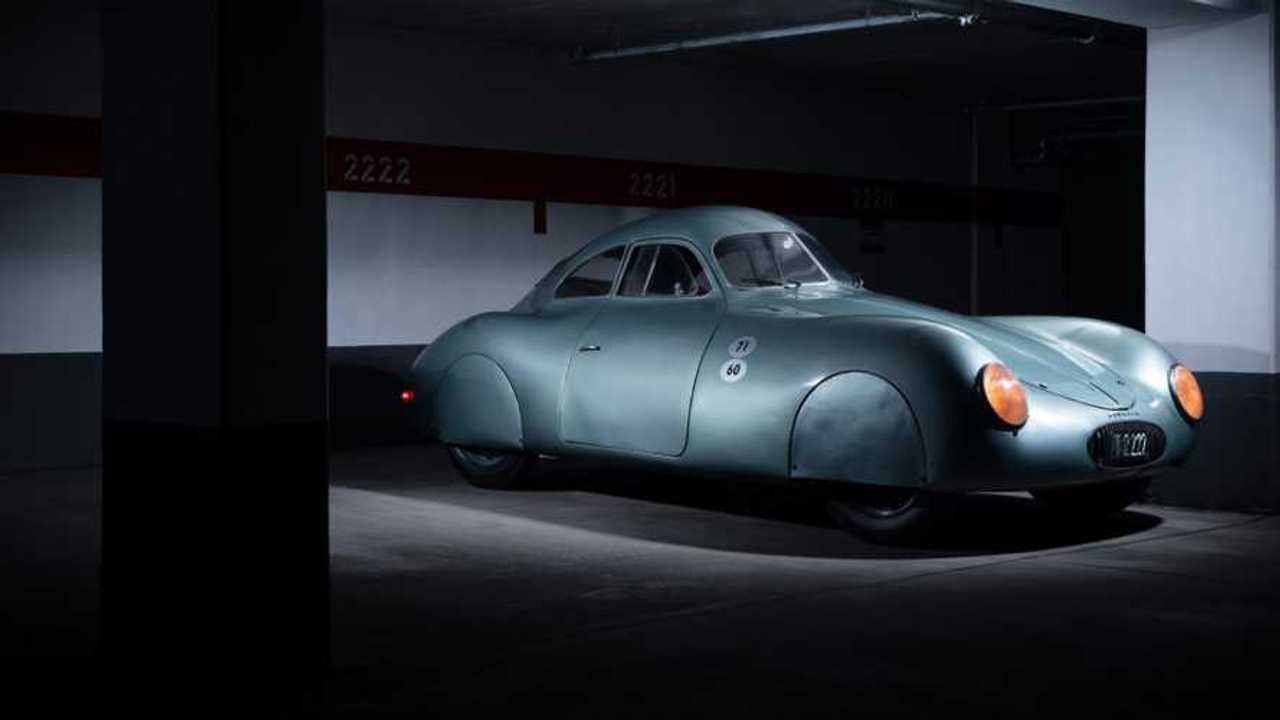 The Type 64 was designed by Professor Ferdinand Porsche to compete in the 1939 Berlin-Rome race. It is arguably the world's first Porsche

Porsche can trace back its origin to the very first 356 ever built over seven decades ago, but some argue that the Porsche timeline actually stretches back further. Commissioned to design and build a car for the 932-mile Berlin-Rome race of September 1939, Professor Ferdinand Porsche created a car known only as the Type 64. This is effectively where Porsche’s sporting heritage began.

Just three of these advanced racers were built using primary components of the KdF-Wagen — the vehicle that would become the Volkswagen Beetle. In fact, car number three was created using the chassis of the first specimen, after the Managing Director of Volkswagen had an accident in it. It is this car that RM Sotheby’s is auctioning at its Monterey event in 2019.

Due to the outbreak of World War II, the Type 64 was never driven in anger, and ultimately became the property of the German labor front. The car possessed the same suspension and engine as the Volkswagen Type 1, but its engineering was cutting-edge. Lightweight materials formed one of the most aerodynamic shapes of the era, while the flat-four engine was boosted to 32-horsepower.

Ferdinand Porsche’s son, Ferry, was so enthusiastic about the machine that he pushed on to create another Type 64, followed by the rebuilding of the first example after its crash. These cars were used as testbeds for Porsche and arguably aided in the creation of the marque's 356.

The rebuilt Type 64 went on to be used personally by Ferry and Ferdinand Porsche , and was the only example to survive the war. After registering the new Porsche company in Austria, Ferry Porsche himself applied the first ever Porsche badge to the Type 64.

In 1947, restoration work was carried out by a young Pinin Farina, and just one year later it was seen again when Porsche 356 No.1 was revealed.

Racing driver Otto Mathé was employed to demonstrate the refreshed Type 64, but he became so fond of it that he ultimately bought the prototype car. The Type 64 was raced throughout the 1950s with Otto retaining this very special car for 46 years until his death in 1995. It was then bought by Dr. Thomas Gruber in 1997 who displayed it at many global events.

Marcus Görig, Car Specialist for RM Sotheby’s, said: ‘This is Porsche’s origin story, the car that birthed the company’s legend, and it offers collectors what is likely an unrepeatable opportunity to sit in the seat of Ferdinand and Ferry Porsche. With this car, the new owner will not only be invited to the first row of every Porsche event worldwide—they will be the first row!’

Respected marque specialist Andy Prill verified the vehicle's identity and remarked ‘This is the most historically significant of all Porsche cars and it is simply incredible to find the very first Porsche in this original condition.’

The car is being sold by its unnamed fourth owner at RM Sotheby’s 17 August Monterey event. Considering the originality and historical significance of this model, all bets are off as to what the final value will be when the hammer falls.