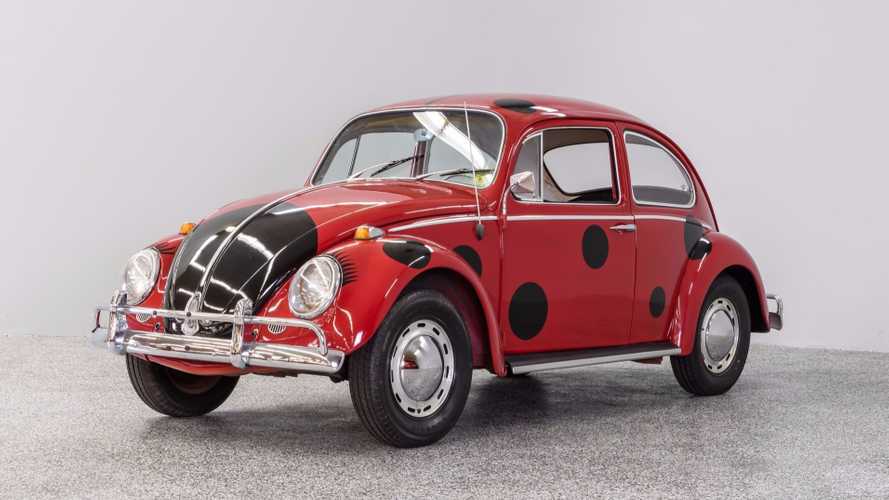 For those who have a problem with Herbie and all he has done for the VW Beetle's image, check out this 'Lady Bug'.

It’s easy to dish out apathy towards Volkswagen’s iconic Beetle. Slow, ungainly and riddled with associations dating back through Nazi origins and the Woodstock peace movement; the humble German vehicle remains divisive within classic car circles.

Which is crazy, for the Beetle shouldn’t be judged on its original origin – which was Ferdinand Porsche, by the way ­– but rather by its contribution to everyday 20th-century life.

This 1967 VW Beetle Has Been Transformed Into A Hot Rod

A perfect case in point is this 1965 Volkswagen Beetle 1200 offered by AutoBarn Classic Cars. Manufactured in this guise from 1957 until 1978, the 1200 was much improved over Porsche's genesis post-war production model. Besides a dollop of extra performance to make everyday driving somewhat more bearable, there was heightened visibility, the installation of 12-volt electrics and dual-circuit brakes. Not to mention a fuel tank that no longer had to be filled via the trunk.

Despite the upgrades, don’t expect a 1200 to be fast. Breaching 96km/h still takes half a minute, with a top speed of 72mph from the 40-horsepower flat-four powerplant. Up certain inclines, it’ll still be quicker to continue on foot. Yet, what the car lacks in outright grunt is more than offset with enough magic to charm even the harshest of vehicular critics.

It was in this form that VW’s Beetle found a marketplace high. Presented in numbers that would leave Count von Count reaching feverishly for the smelling salts, the 1200 is often referred to as ‘the ultimate Beetle’. Except, there is one aspect that still haunts Germany’s ‘car for the people’. That pesky Disney connection.

Herbie slaughtered the Beetle’s merits with enough force to blind all ages. The number of ‘Love Bug’ replicas out there suffocates the VW’s unpretentious mantra. Which is why Autobarn Classic Cars’ specimen is so refreshing. Forget the ‘Love Bug’, and meet the ‘Lady Bug’.

Presented with a fresh red paint job decorated with removable black vinyl accents, this 1965 Beetle 1200 is a great example of one of the most popular cars of all time. As a bonus, excluding the new paint, the Bug is mostly original. The factory red vinyl interior has worn well for its age, with a healthy drivetrain offering aspirational performance surefooted to develop genuine driving talent.

There are lashings of classic VW Bugs for sale in the classifieds, yet few offer the blend of originality and entertainment quite like this one. Get a closer look here.