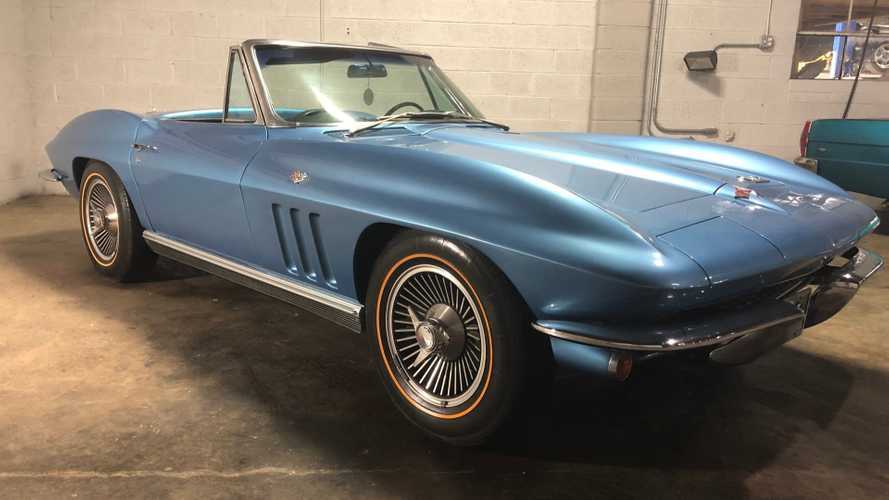 Only driven 500 miles after restoration, this beautifully presented Nassau Blue is a show stopper

Americana of the 1960s was an automotive powerhouse. Some of culture's most iconic cars were produced at this time. Chevrolet’s original Corvette had seen huge success, and the launch of the second generation only served to boost the popularity of the aspirational model. This fully restored 1966 example for sale with Savannah Classic Cars is a beauty in blue.

We’ve seen a lot of convertible C2 Corvettes, but this one appears a real showstopper in its specification. Finished in a mesmerising shade of Nassau Blue, the distinctive lines of this model are exaggerated further as light hits it. Roof up or down, this stunning machine will draw crowds.

The interior compliments the exterior with dark blue leather upholstery throughout. A large wooden sports wheel sits proudly amongst chromed switchgear and a manual shifter that easily falls to hand. Its black convertible top is in good working order and ideal for sheltering from those summer showers.

Under the hood is a 327 Ci V8 L79 motor that grants the driver 350-horsepower under their right foot. Disc brakes at each corner also give you the confidence to use that performance, safe in the knowledge that there’s plenty of stopping power.

A four-speed manual transmission creates a true sports car experience that automatic models can only dream of. The odometer reads over 58,000 miles, but this example has actually only been driven around 500 miles since its restoration was completed.

The C2 Chevrolet Corvette was actually the first Corvette to be developed using a wind tunnel, something that not only made it more aerodynamically efficient but also produced its striking looks. This generation launched in 1962 with the final car leaving the production line in 1967.

This example would be a great addition to any ‘American classics’ collection, with its current asking price being $69,950.