70 Year Evolution Of Ferrari To Be Celebrated At London Concours 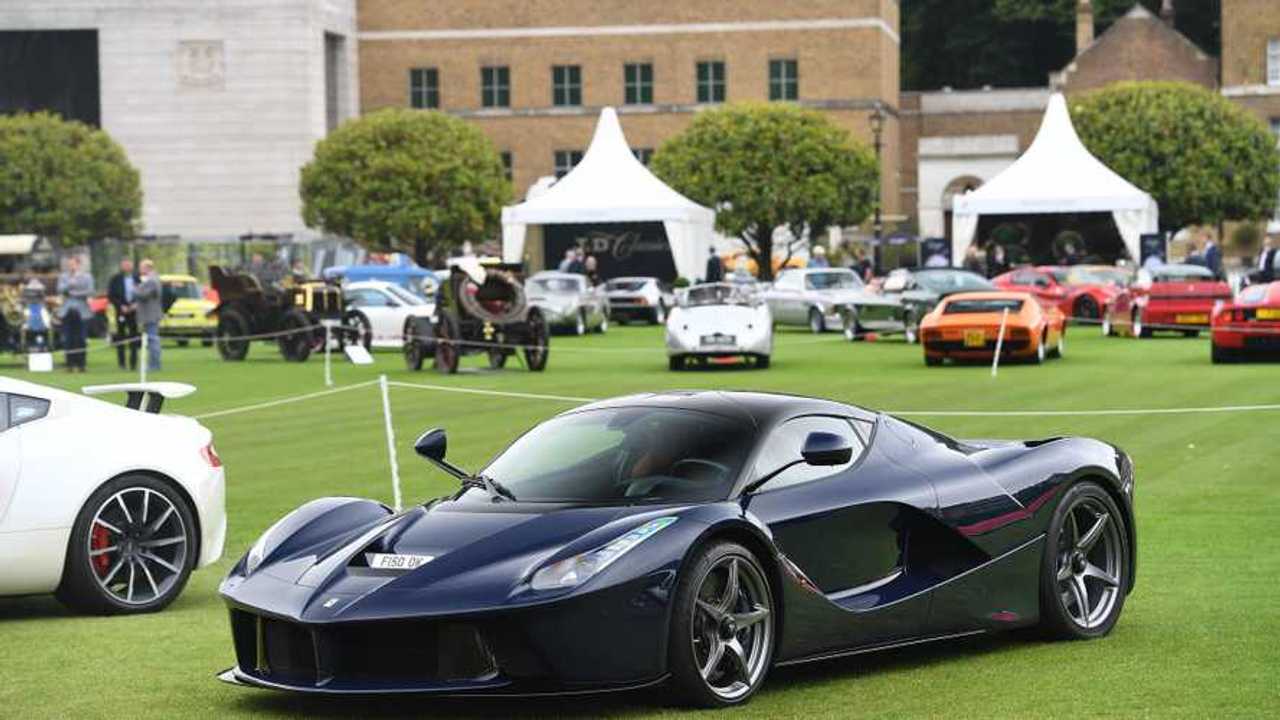 Fancy going to what is commonly known as London’s finest automotive garden party? Then head over to London Concours and grab some tickets for one of the most spectacular automotive events of the year, taking place on the 5-6 June.

Unlike previous instalments of the event, this years aim is to showcase 70 years of Ferrari heritage with some of the finest models to prance out of Maranello since the company's inception. Whilst nearly 100 examples of the worlds best exotica will be gracing the event, 10 Ferrari’s will form their own class in the ‘Greatest Marques’ category, offering the greatest Ferrari’s ever built of the last 70 years.

The 250 LM Was The Last Ferrari To Win Le Mans

The collection of vehicles will stretch from the 166 Inter all the way through to the LaFerrari, with the 166 being the 9th road going Ferrari ever built and is just one of 38 examples produced. A minuscule 2 liter V12 provides the power, with 115 horsepower on tap and a rather biblical noise.

Andrew Evans, London Concours Director, said: “Which brand deserves the title of ‘Great Marque’ more than Ferrari? Leaving aside its seven decades of top-level motorsport victories, Ferrari has a stable of road car legends stretching right back to the 1940s. To be so consistently excellent, to have created a brand with such global dominance and to show no signs of slowing down – Ferrari is the very definition of automotive greatness, and we’re delighted to be showcasing some of its best work at the London Concours.”

At the other end of the scale, two of Ferraris three GTO models will be present, in the form of the legendary 288 and the modern 599. GTO being a model designation relating to homologated race cars in their respective time periods.

For the supercar lineup an F40 will accompany a LaFerrari, two technological marvels of their own eras. The F40 once claimed the title of the fastest production car in the world when it launched in 1987, and utilises a 2.9 liter twin-turbo V8 pushing out 471 horsepower. It was the first production car to crack the 200 MPH barrier and Enzo Ferrari’s final signed off design. In contrast, the LaFerrari enjoys both an electric motor in addition to a 6.3 liter V12 that, when combined, amasses a staggering 963 horsepower.

With such a variety of cars coming to the Honourable Artillery Company HQ, be sure to head to London for the 5-6 June to witness a genuinely mesmerising group of automotive heroes.

Why not continue the conversation on Ferrari Chat, with dedicated forums at your disposal!