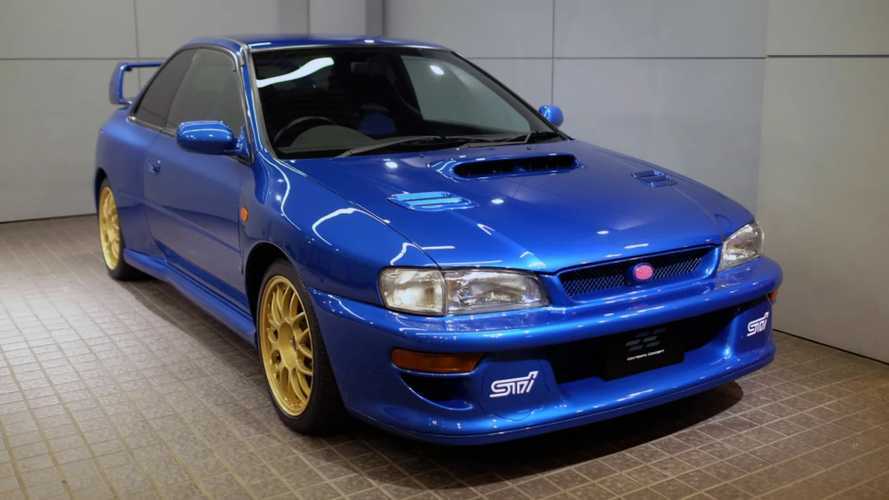 If you’re after the definitive Japanese unicorn car, you can forget about your special R34 Skyline GT-Rs and Mazda RX-7 Spirit Rs. One of the rarest and most iconic vehicles to come from the land of the rising sun is the Subaru Impreza 22B STi. This iconic rally-bred car’s value is marching upward, but this prototype example being offered by Contempo Concept in Japan might just become one of the most valuable ever.

This special edition car was built to celebrate Subaru’s three consecutive World Rally Championship titles, alongside the marque’s 40th anniversary in 1998. While some limited run cars only consist of minor changes from the original model, the 22B featured a wider track, tighter suspension, adjustable rear wing, larger brakes, and fatter tires.

However, the car's crowning glory was the modified EJ22 unit under the hood. The 2.2-liter engine produces 280hp thanks to a larger turbo and forged pistons, allowing this car to accelerate from 0-60mph in 5.3 seconds. A reinforced drive and prop shaft are required to handle the extra power, with torque being sent to all four wheels.

Just 399 cars were set for production, with reports stating that they were all spoken for within 48 hours of going on sale. Subaru decided to build 24 more 22B STis (16 UK specimens and 8 for Australia) for key Impreza markets. As rare as these cars are, the most diehard collectors will be keen to get their hands on one of three prototype models used for development.

This Subaru is one of the three number '000' examples registered as a 1997 model. Few details are known about the car with just 34 miles logged on the odometer, but it appears to be in incredible condition. A price is not mentioned in its description, but considering that a 22B sold for $96,000 with Silverstone Auctions back in 2016, we’d expect it to be exchanged for a considerable six-figure sum.