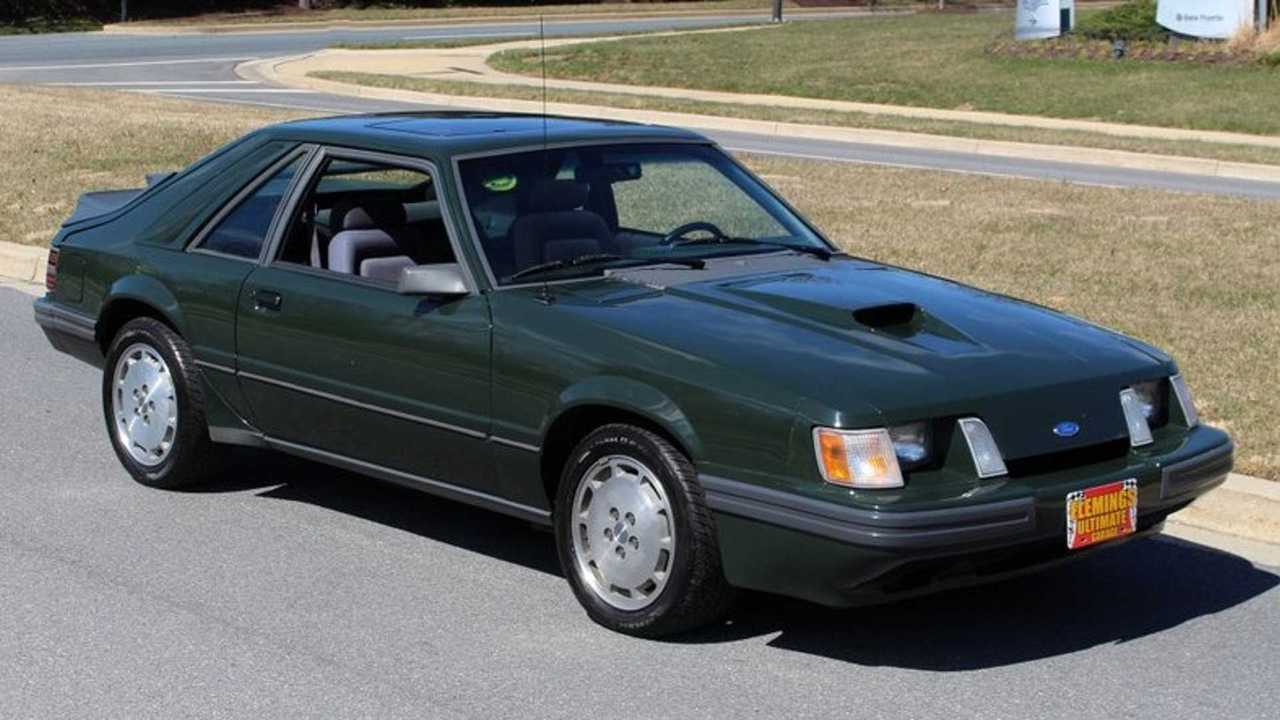 Only 60 Hertz SVO Mustangs were produced, with this example being just one of 10 ordered

The Mustang has chopped and changed more times than Gordan Ramsey’s conclusions on Kitchen Nightmares. In the eighties, any sense of the original design was killed entirely, whilst also moving away from the mighty V8’s that made the true Pony Car what it was in the sixties.

That said, the Fox Body Mustangs found their own fan clubs despite the lacking pony logo, and have since become classics in their own right, much like this one offered by Flemings Ultimate Garage.

This Mustang is an exceptionally rare example, and is in impeccable condition. Some cars can claim to be rare, but perhaps this is one of the rarest. Just 60 SVO Hertz Mustangs were produced for the car hire firm, with this car being just one of 10 in Sage Green.

Delve even further into its history and you’ll discover these cars have their own registry, and of the 10 produced just 4 remain in existence worldwide. This is one of those four cars. Despite its 2.3 liter engine, these cars were in fact quicker than their V8 counterparts, and beat the GT’s available at the time.

16” wheels are an immediate difference along with different suspension components. An adjusted rear axle was included, along with a double decked rear spoiler for some added road presence. Look at the curb weight and you’ll see it’s significantly lighter than the V8 versions, perhaps demonstrating why it was the car of choice for racers across the country in this SVO guise.

Other intriguing differences are harder to spot. All glass in rental cars had the VIN number etched into them in order to prevent theft, whilst also allowing new owners to see whether significant accident damage had occurred; it’s safe to say this example sports all its original glass.

Take a peek under the hood and a fully rebuilt 2.3 liter stares back at you, along with a rebuilt gearbox to match. These engines, according to Ford, made 175 horsepower when new. That said, many claim these figures were actually undervalued, and figures closer to the V8s were actually more realistic with some claiming north of 200 horsepower.

Open the doors and you are greeted by some rather sumptuous bucket seats, a particular rarity given the time period this car was built in. On the dashboard you’ll even find a switch that advances the spark timing of the engine for use with premium and a power boost. What a cool addition, and clearly one that hints at the cars racing pedigree. After all, these really were built as race cars for the street.

For more information on this stunning SVO head to Flemings Ultimate Garage.

Show Them Who's Boss With This Restored Mustang Boss 302