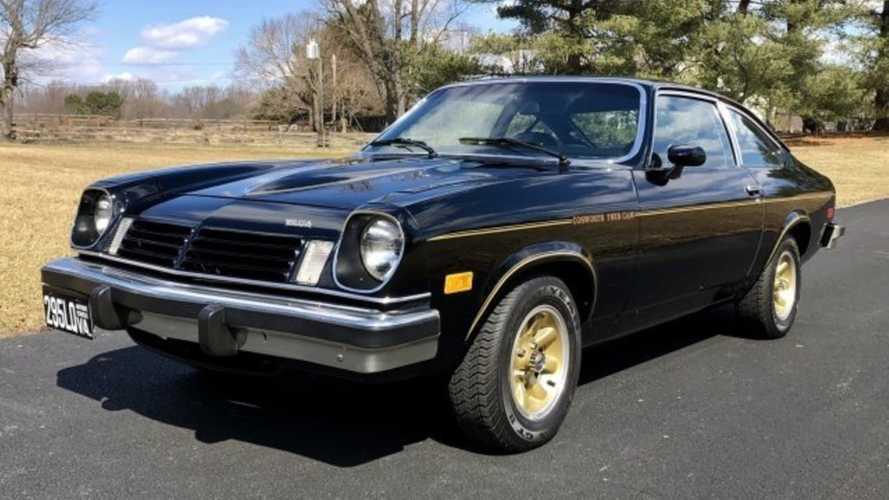 Signed-off by John DeLorean himself, this Cosworth enhanced car is a rare thing indeed

Cosworth is a household name in the world of motorsport and performance with its engineering producing some incredible packages. When the engineering talents from the British firm combined with the Chevrolet Vega, the potent Cosworth Vega came into being. Just 3508 cars were ever produced, and this fine example listed by Raleigh Classic could be yours.

This special Vega looks sharp in a distinctive black and gold color scheme reminiscent of the iconic John Player Special race livery. Repainted in this eye-catching finish some 20 years ago, the car has been well-preserved with the pictures showing a model that looks as good as it did back in 1975.

The interior is also spotless and features metallic dashboard trim which gives it a unique look amongst its contemporaries. In addition to a fully functioning foldable rear bench seat, the trunk also hosts a factory correct spare wheel and the car’s original stickers.

Under the hood is a hand-built, all-aluminum 122 cubic-inch inline four-cylinder engine created by GM. Cosworth were responsible for designing the new cylinder heads that would give the Vega some added performance while keeping the Environmental Protection Agency happy with compliant emissions. While the project was completed on a relatively small budget, it was signed off by none other than automotive legend John DeLorean during his time at General Motors.

The agreement with Cosworth resulted in 5000 engines being produced, but as mentioned, just 3508 car were completed. This was due to poor sales and the car costing just $900 less than a Corvette of the time. In the 18 months the Cosworth Vega was on sale, over 190,000 regular Vegas were sold.

Today the Chevrolet Cosworth Vega is a rare sight, and rarer still in such great condition. While not a sales success, Car and Driver proclaimed the Cosworth to have ‘the most sophisticated engine Detroit ever made.’ This example is believed to have just 2180 mile son the clock, however the title is branded as exceeds.