Are You Brave Enough For This 1959 ‘Christine’ Plymouth Fury? 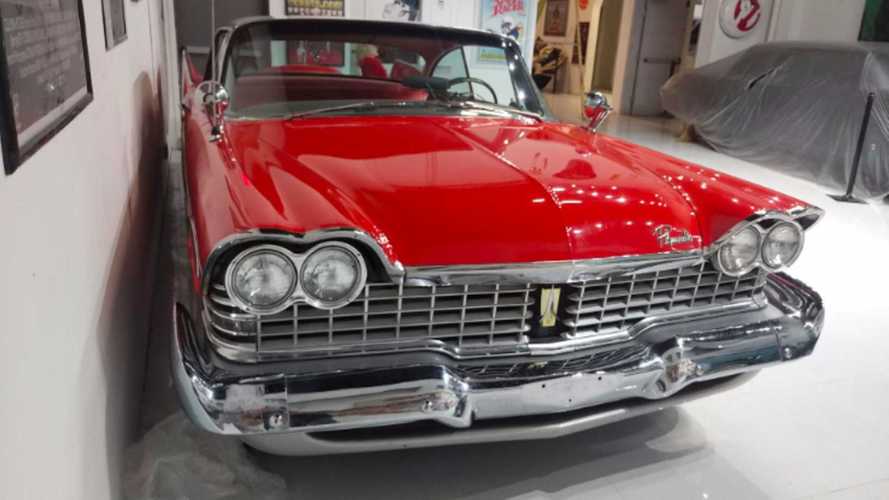 If you like the concept of owning a classic with character, you can't go wrong with a 1959 Plymouth Fury. Just don't upset it...

Some might think we have a cruel sense of humour in handpicking a listing that eerily resembles the somewhat deranged automotive star known as Christine. Penned by American horror author Stephen King, Christine was a 1958 Plymouth Fury who was ‘bad to the bone’, successfully snaring herself the devoted attention of one gullible driver after another; wiping out anyone who dared stand in her way.

From trapping a well-meaning mechanic’s arm with the slam of her lengthy bonnet, to trying to choke those out on a date in the passenger seat, to screeching after enemies before knocking them down dead, Christine had some serious issues and was the ideal candidate for an anger management course.

Unlike most classics we’ve lived with, Christine would never miss an opportunity to cause trouble or be held back by reliability issues. If the bodywork incurred damaged, Christine could fix it herself and carry on. If she were driver-less behind the wheel, she would simply drive herself to where she wanted to go. Try that one on for size, Tesla...

If someone dared threaten her or her owner, she’d retaliate by trying to kill them. Even a full-blown fire across the bonnet that billowed under her chassis and all over her bodywork wouldn’t put Christine off annihilating whoever happened to be in her crosshairs.

Going by this movie, we’d say the next time your classic hints that its time for an oil top-up, it’s probably best just to comply or you risk a case of sudden death.

However, you can breathe a sigh of relief for this Motorious listing comes complete with Christine’s stunning good looks, but without the devilishly unruly persona to contend with. Having served as a Christine themed display within Florida’s Orlando Auto Museum, this 1959 Plymouth Sport Fury now seeks a new life beyond the museum’s walls.

Complete in 2-door hardtop configuration, with an Iceberg White roof and identical Toreador Red and Ivory colouring that Christine wore, this striking Sport Fury is a convincing representation of the brash car that went on to make John Carpenter's 1983 movie a cult classic.

The Sport Fury was introduced as the Plymouth’s top model in 1959, succeeding the Belvedere which had been the first Plymouth to express stylist’s Virgil Exner’s ‘Forward Look’ with its 118-inch long streamlined body, slim C-pillars, generous expanses of glass and those tail fins that became oh-so symbolic of 1950s American motoring.

Inside the cabin, the driver now held onto a half-padded steering wheel while using futuristic pushbuttons to engage the 3-speed TorqueFlite automatic transmission. Passengers could enjoy listening to the Deluxe Radio before climbing out with ease courtesy of neat viscose metallic cloth swivel seats in the front, now fitted as standard.

Meanwhile, the Sport Fury’s ability to spin its tyres, menacingly if need be, came from either a 317.6 cubic inch V8 pushing out 260hp or the Golden Commando 395 (better known as the 361), with either a two or four-barrel carburettor, that could deliver a mighty 305hp.

Improved handling and flatter cornering resulted from a shortened torsion bar system up front and a solid axle in the rear, suspended by leaf springs. For an additional $88, an air suspension set-up called Constant-Level could be fitted on the rear. A height control valve automatically charged the air springs with more air to raise the rear end of the vehicle whenever a load was applied, thus allowing the car to sit level at all times.

All combined, this delivers ample opportunity to drive the car as if Fury by name, Fury by nature. Abundant power transfers through the propshaft, chirping the wheels thrillingly, even as you shift into second.

The Golden Commando 395 engine is particularly renowned for its smoothness and strength, supplying all the tenacity needed for hunting down those not in your good books or for simply eating up those motorway miles.

Tempted by the lure of Christine? As a potential new owner, all you have to work out is whether or not you’re brave enough to take on this little bitty pretty one. 'Is that you Cunningham?'