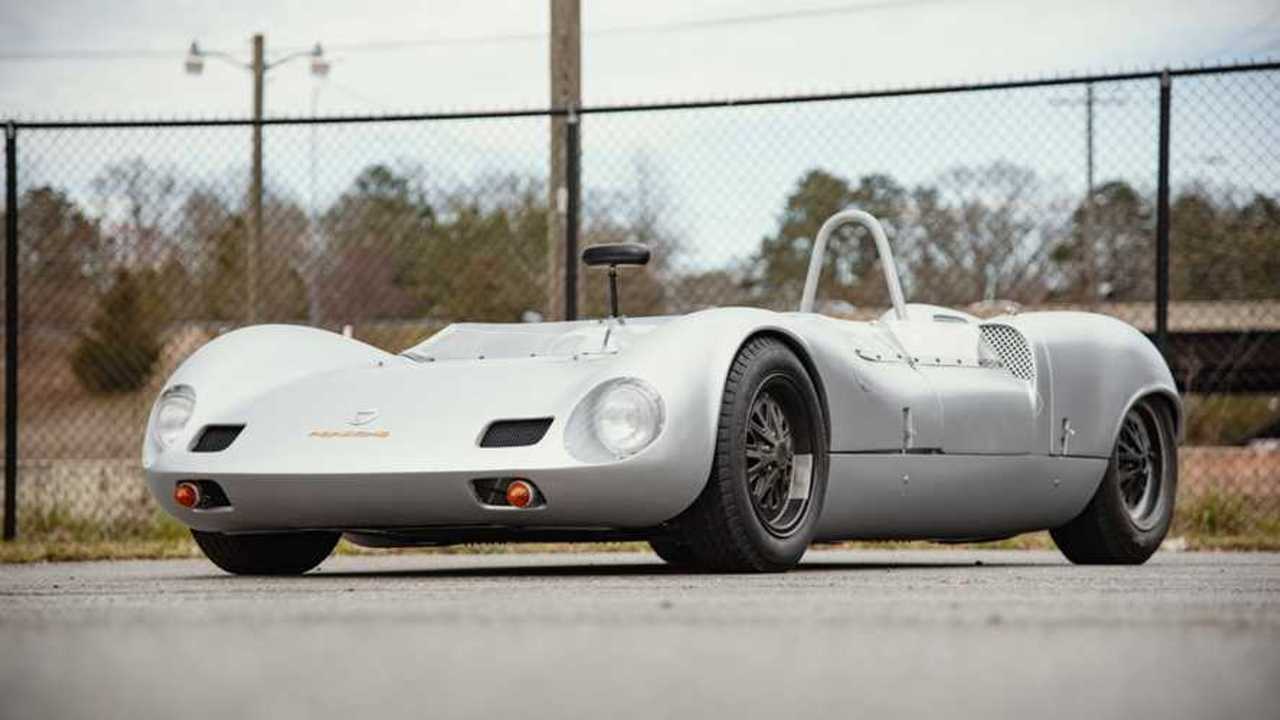 The Elva Porsche MK7 served as a stopgap while the 904 racer was being developed in Germany. Just 19 were ever produced.

Porsche knew they were on to something while developing the 904. Its lightweight construction and four-cam engine was set to be a winning combination, however, the German marque needed a stopgap racer until its new package was ready to race. Enter the rare Porsche Elva, the only non-Porsche built car to wear the badge. This one is being offered by Curated Classics.

Elva were well known for making lightweight racers, and its MK.7 would serve as the perfect chassis for the Porsche drivetrain. Modified to fit the sizable motor, the combination of performance from the Porsche Spyder 1.7-liter power unit, low drag bodywork, and lightweight space frame construction proved to be a potent recipe.

This example of the 185-horsepower fiberglass car is one of just 19 examples ever built, and believed to be the only left-hand drive model. It was bought without an engine by Swiss Hillclimb specialist Sepp Greger — his close relationship with Porsche meant that the driver ordered the drivetrain direct from Germany.

Chassis #P77/44L was used to great effect in European Hill Climb events before being sold to famed Porsche dealer Vosak Polack in 1964. Jerry Tittus from US racer Carol Shelby’s team was hired to campaign the car in 1965. It then changed hands and moved to America, followed by a lengthy stint in Japan as part of the prestigious Matsura Collection.

The Elva Porsche for sale is price on appointment, but its beautifully well-presented state is certainly worth interested parties giving the dealer a call. This low-slung sports car has an intriguing model history, as well as a unique international past of its own. Being the only left-hand drive model also gives it additional provenance.

These cars are rarely for sale making this a great opportunity to add the Porsche powered machine to your collection.