Another Ridiculously Clean Buick GNX Is Up For Grabs! 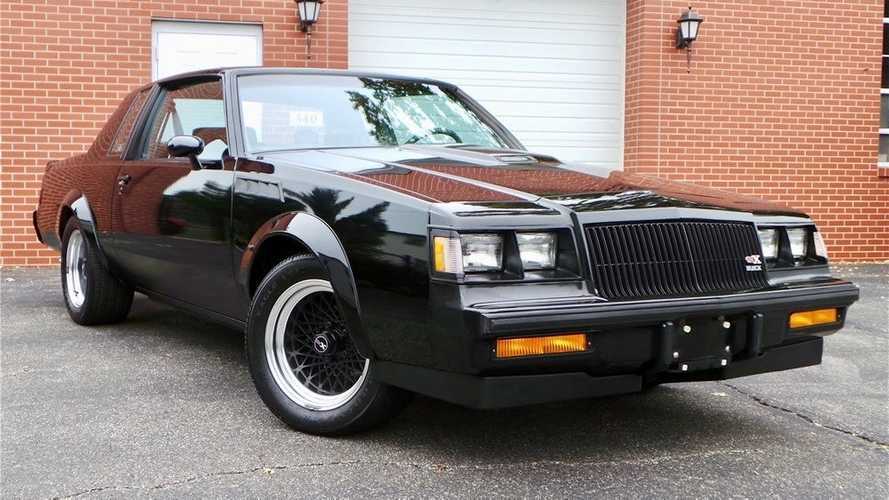 Will this one see a major valuation spike? Bag it now before someone else does!

Following (what is likely a record) exchange of a GNX that recently sold for $200,000, the Buick Grand National that came across our plate for sale has us on our toes! While it has more than the eight-mile example mentioned, it’s still a really low mileage steal with only 54K miles on the clock. We can only image the offers Classic Cars of Sarasota is getting on this 1987 GNX.

Debuting the car in 1982, Buick set out to make a vehicle that was more youthful and exciting. Originally equipped with a 252 cubic-inch V6 boasting of 125-horsepower, it was not until 1984 when the first turbocharged 3.8-liter model was produced that they hit their mark, making 1980s automotive history.

Although, by 1988, Buick's rear-wheel-drive mid-sizers were replaced by the new GM10 front-wheel-drive models and the last of the Grand Nationals would roll off the assembly line in 1987.

Gallery: Another Clean GNX Is Up For Grabs!

As a tribute to the car that would end the classic American muscle car era, Buick teamed with ASC/McLaren to build 547 of the GNXs. A limited production that secured the Grand National an elite place in high-performance automotive history. This particular car is #186, and comes with the full documentation to back that up.

Based on the Buick Regal platform, compared to the majority of cars on the road in the ’80s, the Grand Nationals blended in. Mechanically, however, they were not just of the fastest on the road, but a peek into the fuel economy-based future.

The 3.8-liter turbocharged engine used in the last of the breed GNX models made 276-horsepower and 360 lb/ft of torque. Buick claims a 0-60 mph time of 5.4 sec for the GNX, but real life tests have shown the car to be much swifter than what Buick was willing to give up!