This Volvo P1800ES Is The Only Car You Need To Own 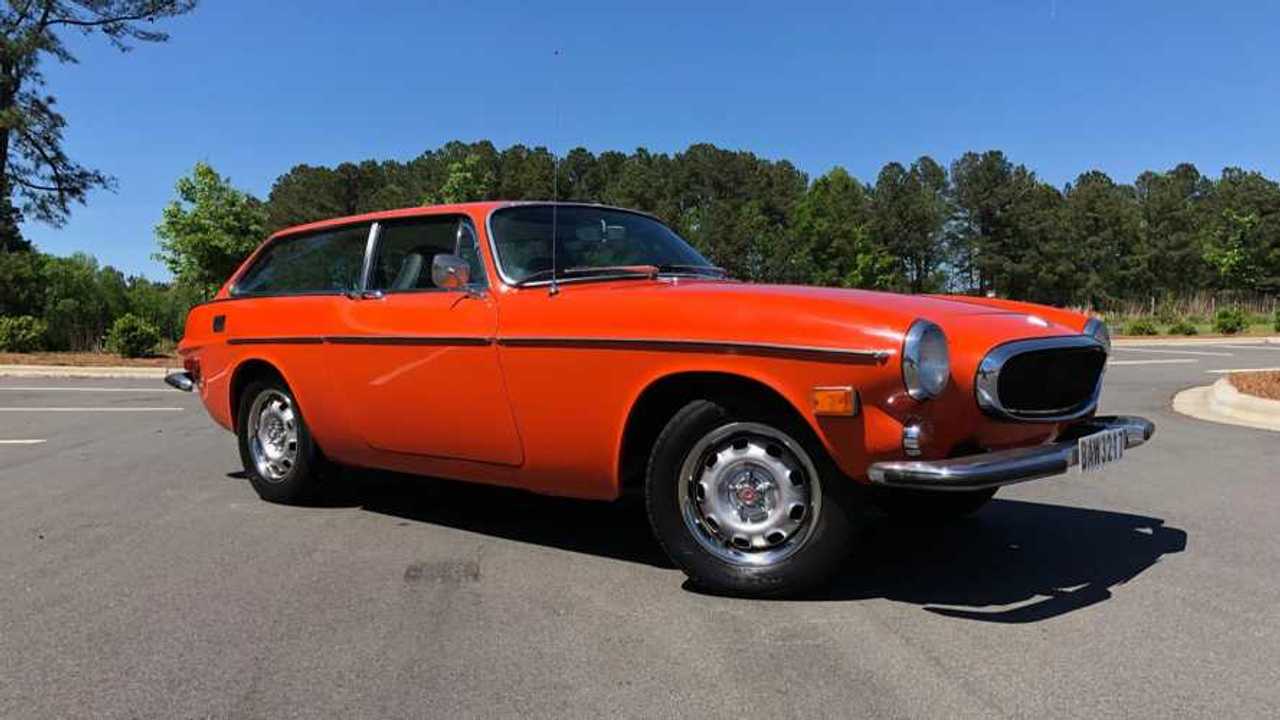 Its the sports car with enough luggage space for all the family. The Volvo P1800ES is both handsome and practical

Today, Volvo rivals the likes of BMW, Audi, and Mercedes-Benz — a far cry from the marque’s more humdrum period through the 1980s and 90s. However, decades earlier, the Swedish marque was again turning heads with vehicles that delivered as much glamour as anything the Germans could muster. This 1973 Volvo P1800ES offered by Carolina Muscle Cars is a prime example of Swedish style at its hight.

We all know of The Saint’s Volvo P1800 that shot to fame with Roger Moore behind the wheel. In addition to this model’s starring role in the TV show alongside Simon Templar, its eye-catching coupe design really took the fight to its competitors. The coupe lived a long life, but for 1972 Volvo decided to be even bolder by creating a shooting brake variant called the 1800ES.

Just look at it! This was very Avantgarde, even for the flamboyant 1970s. The two-door station wagon with its lengthy hood and hatchback opening combined sporting lines with practicality. This handsome example looks great, wearing a fresh coat of factory correct orange paint and contrasting chrome trim. Its good condition is largely due to being kept in a garage for much of its life.

The interior is highly original and seats four in black leather upholstery. Its factory specified padded dashboard and tinted glass adds a layer of opulence to this early 1800ES. However, this car’s real party trick was that you could indeed have your cake and eat it. Trips to the DIY store or helping the kids move for college was no problem with its load-lugging capacity.

Under the hood is a naturally aspirated 1.8-liter inline four cylinder engine, good for 125hp. Power is sent to the rear wheels via a four-speed manual transmission with optional Laycock overdrive. Keeping the car’s performance in check is a set of four optional disc brakes, something that highlighted what a sporting vehicle the 1800ES was back in the 1970s.

Produced for just two years due to tightening emissions regulations, the Volvo 1800ES is a unique collector car that is far more interesting than many competitors of its age. The asking price is currently $17,500 — a small price to pay for the classic car that ticks all of the boxes.