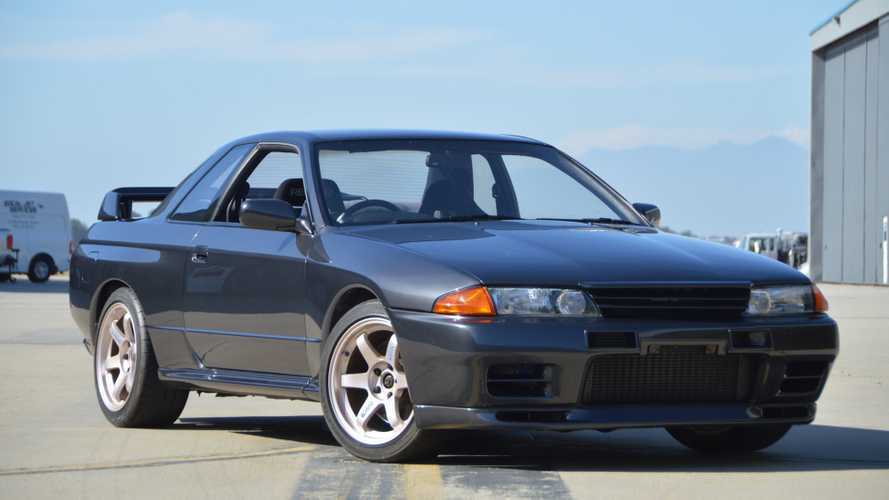 Could this be the ultimate Nissan Skyline GT-R? It blends the R32 and R34 models into one.

The Nissan Skyline GT-R is Japanese automotive royalty. It was the car the proved that Nissan could take on the best performance cars of the day, and often shame them at half the price — thus immortalizing the GT-R nameplate. There’s a lot of debate as to which GT-R generation is the best, but what if you could combine two of the most coveted. This R32 1990 Skyline GT-R offered by Toprank Motorworks has the beating heart of an R34 model.

The Nissan Skyline GT-R R32 effectively created the blueprint for all Skyline performance models that followed. It delivered a host of advanced technology, including the signature adaptive all-wheel drive that sends power from front to rear as and when needed. Rear-wheel steering, advanced multi-link suspension, and a powerful onboard computer made this car a force to be reckoned with.

However, the most sought after GT-R is undoubtably the R34, a car that came and conquered prestige marques that scoffed at its Nissan badge. Its twin-turbocharged 2.6-liter motor produced over 276-horsepower and could get the car from 0-60mph in just 5 seconds. This highly tuneable import is a cult classic amongst Japanese performance car enthusiasts.

Now imagine if you could have both of these iconic cars in one. This highly modified R32 does just that by hosting the potent R34 engine within the more slender R32 chassis. It also possesses an R34 intercooler, Brembo brakes, Nismo front strut brace, Apexi rear strut brace, Greddy coilovers suspension, and a host of other Nismo suspension goodies. This isn’t some sort of Frankenstein creation, it’s a well curated greatest hits album of aftermarket parts.

The R32 bodywork appears in great condition, with the GT-R’s mean streak reaffirmed by its lower ride hight and Volk alloy wheels. Its interior is just as blemish free with a domineering set of Recaro sports seats being the highlight. This Skyline is clearly a car that’s had a lot of love and attention afforded to it over the years — it looks far from a 103,000 mile car.

Is this the perfect Nissan Skyline GT-R? If you love the R32 and R34, it might just be.