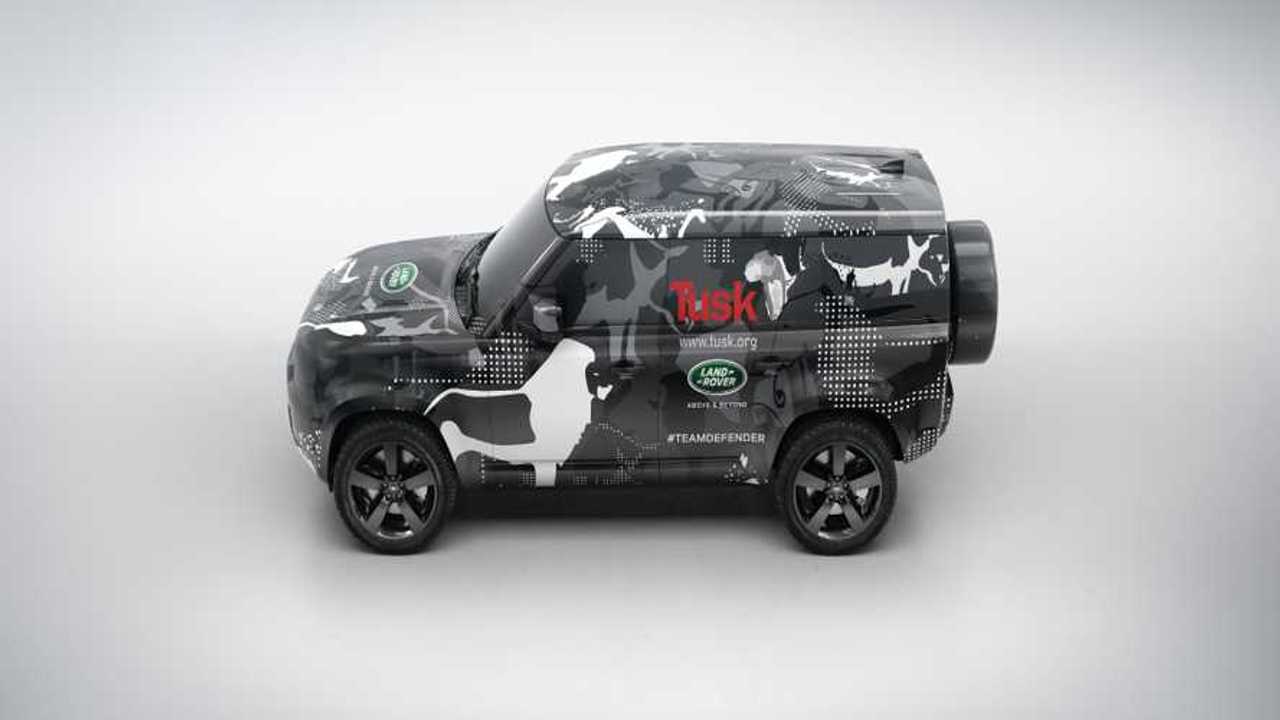 New images of the 2020 Defender testing highlights its rugged nature. A prototype will help the Tusk Trust conservation program in Africa.

The Land Rover Defender is something of an automotive institution. It represented British engineering at its most hardy for 67 years of continuous production. This off-road vehicle has climbed mountains, forded rivers, traversed the toughest terrain, gone to war, and rescued the stranded — for many it is the one thing you can depend on in a crisis. Production finally came to an end in 2016, and ever since we have all looked to Land Rover for its successor.

This year we will finally have a vehicle to fill the void with the all-new Land Rover Defender. New renderings and images of the 4x4 undergoing off-road testing give us our best look yet at what will still be touted as Land Rover’s most capable model.

It is clear to see that it retains its boxy proportions, something that increases approach and departure angles when off-road, yet its traditionally sharp corners appear chamfered for a more modern look.

While the rear quarters of the vehicle appear to echo the shape of its ancestors, the front section is far more akin to that of the Land Rover Discovery 3 (LR3) of 2004. The rectangular frontal area will certainly stand out amongst today’s more rounded SUV designs.

Land Rover know that there are huge expectations for its up and coming Defender, and so its all-terrain abuse has been extensive. To date, the prototype fleet has covered over 745,000-miles of testing and completed over 45,000 different scenarios.

In addition to road tuning on the infamous Nürburgring, the car’s capabilities have been engineered on rough terrain in the UK, Utah, and Dubai. Factor in the new Defender’s cold weather testing phase, and these early examples have battled just about every element imaginable. However, its toughest test is yet to come.

Land Rover will be giving the Tusk Trust, an African conservation organisation, a Defender prototype to help with its work. The vehicle will be subjected to trying real-world scenarios, regularly hauling heavy loads and driving across the 14,000-hectare reserve in Kenya. Land Rover has been an official supporter of the Tusk Trust charity for over 15 years.

Nick Rogers, Executive Director Product Engineering, Jaguar Land Rover, said: ‘The incredible opportunity to put it to the test in the field, supporting operations at the Borana Conservancy in Kenya, with Tusk, will allow our engineers to verify that we are meeting this target as we enter the final phase of our development programme.’

This additional information comes on World Land Rover Day and the 71st anniversary of the original Land Rover’s debut at the 1948 Amsterdam Motor Show. According to sources, the all-new Defender will be revealed during the Frankfurt Motorshow in September, with the Slovakia-built model going on sale during 2020.

Is The Land Rover Freelander A Modern Classic?