Is This The Most Significant Surviving 'General Lee' Dodge Charger? 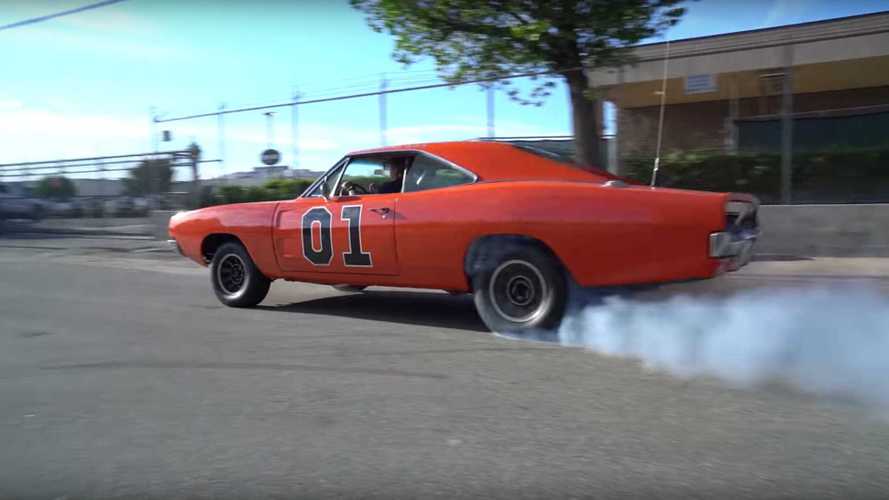 It is reported that over 320 Dodge Challengers were destroyed for The Dukes of Hazzard TV show. However, one clearly escaped. This is the last R/T 'General Lee' known to exist.

Bo and Luke Duke's General Lee remains the most iconic small-screen car ever. It’s right up there on culture's pedestal with KITT from Knight Rider or Bandit’s Pontiac Trans Am. The Dukes of Hazzard featured many daring stunts via its starring Dodge Charger, with 320 reportedly employed throughout the show's 147-episode run. Most Chargers met their maker after each filming session, leaving 'real' General Lee specimens as something of an urban legend.

However, this genuine example of the General Lee Dodge Charger is said to be the most significant in existence. AutotopiaLA tells the story.

Bob explains that the show’s producers grabbed any old Dodge Charger they could and simply dressed it like the General Lee to keep costs down — just $1600 per vehicle. This ‘big motor’ car was used for the last three seasons, but not as one of the many ‘jumpers’ that met a chassis twisting end. This car was primarily used for burnouts and high-speed scenes, with more disposable models selected to defy gravity.

It is covered in intriguing screen-related patina, such as the small dents in its chrome bumper where producers switch from small bull bars to larger ones in later series. Each little scuff or crease tells a story, but as the last surviving genuine big block General Lee, this example is special in just about every sense of the word.

Chris from Chromecars in Germany is the new custodian of this rare General Lee after recently purchasing it from Bob. Bob had owned this car for 28 years, so it must have been a tough decision to let it go. Shawn from AutotopiaLA was allowed to get behind the wheel to experience what this true Duke boy’s car is like.

Check out the video to see this General Lee relive its tire-smoking glory days.