Rare Maserati Heads To Monterey With A $3.75 Million Estimate 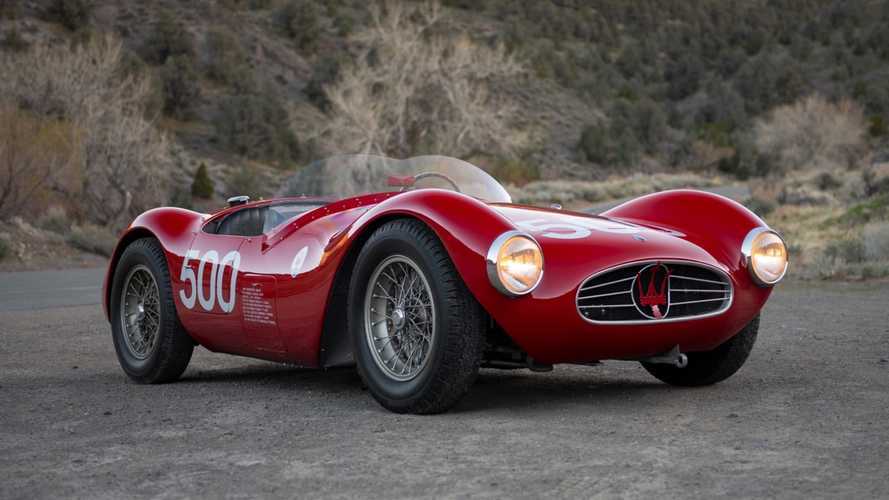 Rare cars always garner attention at auction, but for those vehicles with successful motorsport history, the pull becomes ever more alluring for any car collector. The world-famous RM Sotheby’s Monterey sale attracts many of these iconic racing legends, but a 1954 Maserati A6GCS shines as one of the brightest star cars.

One of the first lots to be announced for the prestigious 15 -17 August 2019 event is this beautiful 1950s racer from Italy. This beautifully restored machine wears its traditional coat of Italian red racing paint and features the elegant lines that the Maserati marque was famed for in period.

However, the racer's handsome looks and rarity are only part of the reason for its $3.25 — $3.75 million auction estimate.

Run by the Maserati factory team in 1954, Luigi Musso piloted the car with this machine achieving podiums at the Targa Florio, Imola, and 1954 Mille Miglia. Chassis no. 207 was then sold and spent the following years racing in South America. It wasn’t until the 1980s that the car would return to Europe, where it would meet an owner who regularly entered it into the Mille Miglia from 1987 to 1995.

Its current US owner bought the A6GCS in 1998 and has owned it for over 20 years now. In 2013 the Maserati was fully restored and is today presented as it was in period, with the original engine. It was shown at the 2014 Pebble Beach Concours d’Elegance where it won the Gran Turismo Award.

A couple of other cars have already been announced for RM Sotheby’s Monterey 2019 sale including a 1964 Peel Trident, and 2014 Pagani Huayra Tempesta ‘Scozia’. August 15 will also see a one-make sale of Aston Martins, dubbed ‘An Evening of Aston Martin’ where over 30 rare models will be auctioned. An early 1964 Aston Martin DB5 will hit the auction block after 40 years of ownership by its current custodian.

We’ll be watching this spectacular Maserati, and the other stars of Monterey, with keen interest.