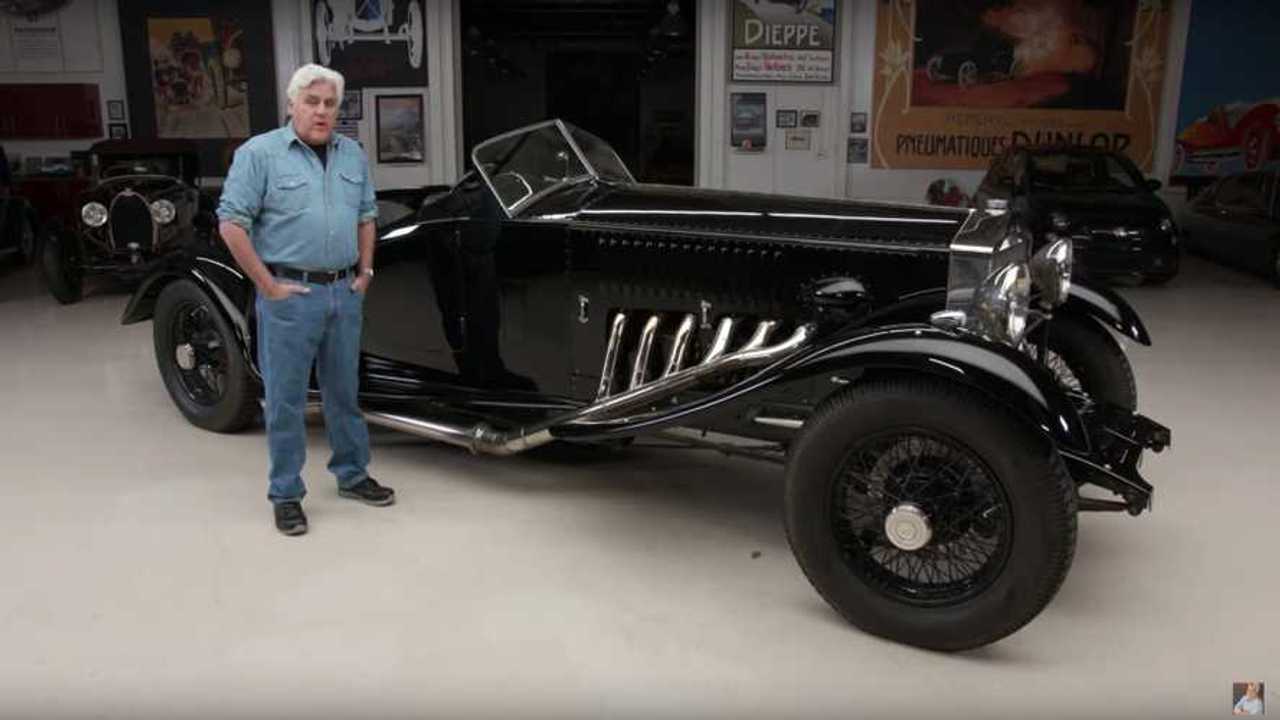 The Spitfire's V12 Merlin engine is a legendary aero-motor. This vintage Rolls-Royce build has one at its heart

Jay Leno and his world-famous collection of classic and exotic cars is well known, with the man able to pick from the dream garage at any given moment. However, Jay has a particular interest in aero-engined cars — that’s cars powered by aircraft motors — and owns several of these unusual machines. One of this favourites is this 1934 Rolls-Royce Merlin.

Jay has actually owned this car for around 30 years, with it feeding his interest in aero-engined machines. It was bought off a gentleman called Paul Jenson in the UK as a custom-bodied Rolls-Royce P2 chassis, complete with V12 Merlin engine. However, while the famed Spitfire motor was in good health, Jay and his team have spent the past 11 years making the car perfect.

Jay Leno’s first drive in his new car resulted in its Jaguar-sourced Moss gearbox stripping itself of teeth due to the engine’s 1700-horsepower being a little too overwhelming. A replacement sourced, Jay did exactly the same thing again. Eventually, a manual gearbox that was up to the task was fitted to the car.

Another big modification to the Rolls-Royce was the removal of its largely wooden bodywork. Jim Hall is Leno’s chief fabricator and was responsible for the new custom bodywork that was created. The car’s sloping rear was designed to look like a true 1930’s car, something we think he achieved.

The beautiful 12-cylinder engine itself is a work of art, and makes up the considerable length of the car. It is actually dedicated to the father of Leno’s friend who died in the Normandy D-Day landings — the MK114 engine wears a plaque in his honor.

‘You know it’s fun to put them in cars and do all that kind of thing, but you realize this was built to fight tyranny and win the war’ Leno remarked.

A hand-crank magneto gives life to this thunderous machine, you can only just about hear Jay over it. He mentions how much torque the engine has, something that defines the driving experience. He exclaims: ’It’s like the hand of god, it just pushes you!’

It’s a highly impressive machine, and a true one of a kind build.