This Tiny British Car Is Now A Thunderous Hot Rod 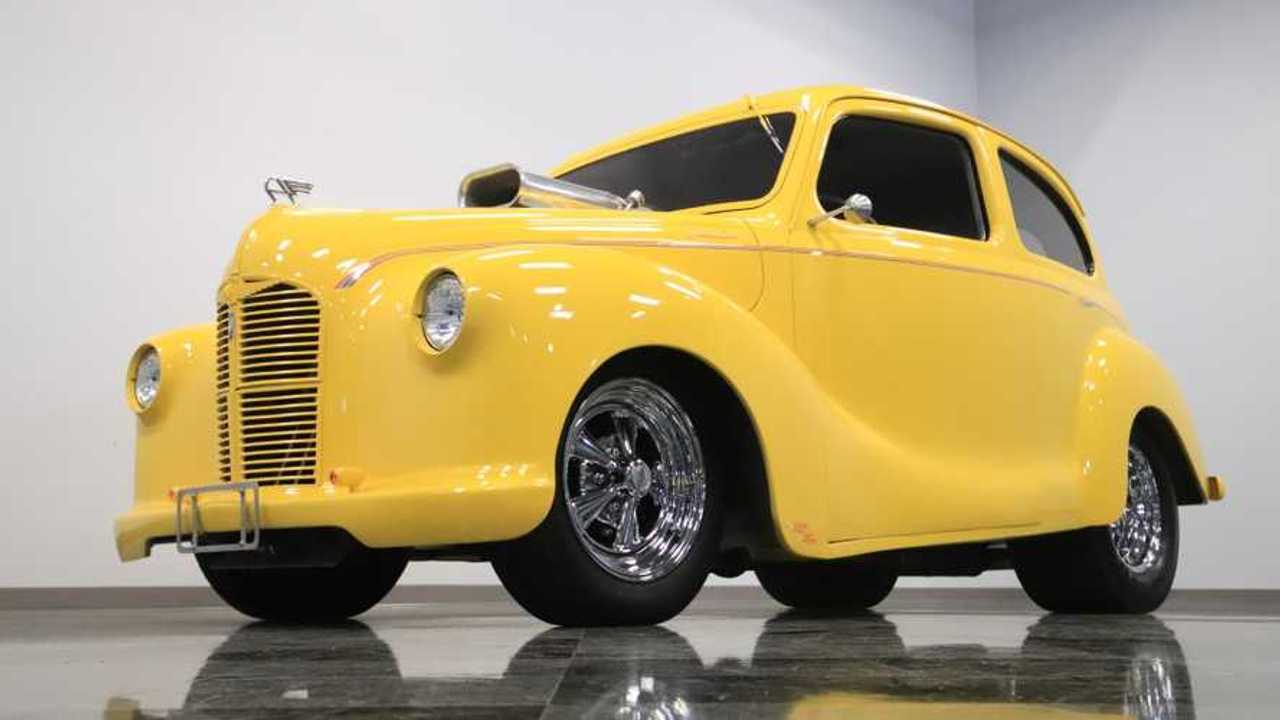 Hot rods typically start life as a relatively unremarkable American car, only to be transformed into fire breathing monsters. Classic Fords and Chevys are the typical candidates, but this unusual build started life as a humdrum British model from across the pond. We’re willing to bet that there are very few Austin A40 hot rods out there like this one being offered by Streetside Classics.

Looking like something designed by Hot Wheels, this Austin-based beast sports all of the hallmarks of the hot rod breed, but squeezed onto a smaller European body. Its paint scheme is amusingly described as ‘more vivid than a sunrise on the Thames, and the custom pinstriping is bolder than anything on the Union Jack.’ Complete with chromed wheels and a huge hood scoop, it certainly looks the part.

A lot of engineering has gone into this Austin with a single-piece steel front end now hosting the bumper and headlights. This is in part to make way for the huge 355-cubic inch V8 engine that’s accompanied by a Holley four-barrel carburetor, Ron Davis Aluminum radiator, Mallory distributor, and Pro Car long tube headers. Sending all of this grunt to the rear wheels is a hardy TH400 three-speed automatic transmission.

The interior appears to be a surprisingly refined space with plush fabric seats and a well furnish dashboard. There’s no bare metal on show with the whole cabin looking like it was crafted by true professionals — arguably an improvement over the original Austin A40 primitive interior.

The Austin A40 was introduced in 1947 with several variants in a bid to get Britain moving again after the Second World War. This two-door model, or ‘Dorset’ as it was know, was only built for two years due to poor sales. Its original 40hp 1.2-litre engine would get it from 0-60mph in an agonizing 37 seconds.

This 17,940-mile car is in excellent health, making for a genuine show stopper at the drag strip. The current asking price for this Brit with an American heart is $34,995.