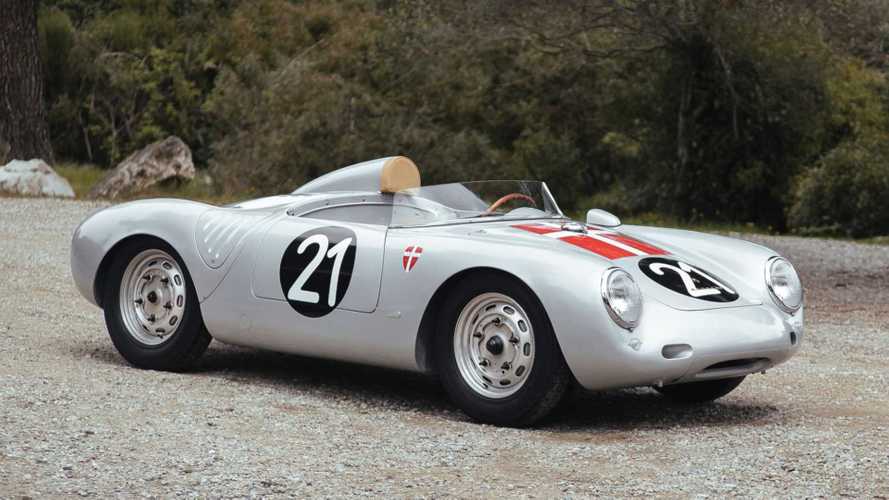 Just 40 1957 Porsche 550A Spyders were built as the marque's first purpose-built racer.

Porsche has an illustrious racing history that is still being written today. Victories claimed on just about every circuit in the world makes the German marque one of the most respected in motorsport. However, before iconic machines such as the 935 and 917 were on the scene, Porsche’s first purpose-built race model was the 550A Spyder. An example of this exceptionally rare and significant model will go under the hammer at RM Sotheby’s Villa Ebra event in May.

Car 14 out of a total of 40 built is particularly special as it belonged to Scuderia Palan, where it enjoyed many victories flying the Danish flag. The design of the 550A Spyder is special as its aluminium spaceframe not only made the body particularly rigid, but also dramatically reduced weight — this car tips the scales at just 530kg when empty. Advanced fully independent suspension further boosted the car’s remarkable agility.

Power comes from a aluminium four-cylinder engine with Weber carburetors. 135hp powered this car to many victories in Denmark before it was sold in 1958 to John Manussis. Manussis campaigned the car in Kenya before passing it on to his old navigator Lucille Cardwell who continued to the race the car, but now in a distinctive shade of blue.

The racer’s next owner, Giuseppe Freschi, brought the car to Italy, keeping it for over 31 years. In that time, the car was entered into several races including the famed Mille Miglia on several occasions.

It changed hands a few more times before undergoing a four-year restoration in 2012. A specialist used the same period factory tools to return this Porsche back to its original specification with the work being completed in 2016. Looking fantastic in its original shade of silver and proudly wearing the Danish flag as it did in competition, this historic model has to be one of the best in the world at the moment. Since its restoration, the car itself has only clocked a further 62 miles.

An estimate has not been given for this 1957 Porsche 550A Spyder, however, a historically significant car sold at RM Sotheby’s Monterey auction last year for $4,900,000. We’ll know how much this car sells for come 25 May 2019.